Awarded to 1732 Joseph Pickering who served with the 32nd Foot (Cornwall Light Infantry).  He was awarded the Punjab Medal 1848-49 Clasp Mooltan. (JOSEPH PICKERING. 32ND FOOT.) Unfortunately records show he was a deserter noted in the War Office July 1st 1844 Police Gazette on Deserters from Her Majesty’s Service Roll.  Date of desertion recorded as 12th June 1844. He was later confirmed as died on the 29th November 1848. (with copy medal roll, Deserter s from Her Majesty’s Service roll & Find My Past Notes.). 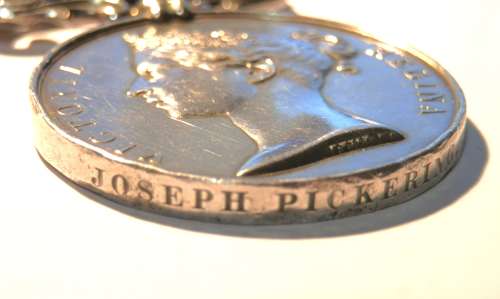 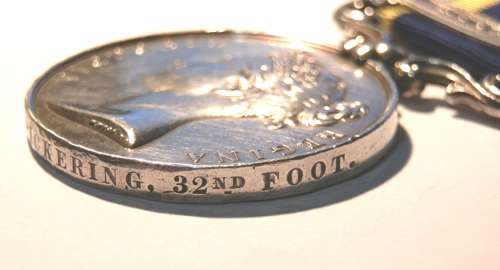