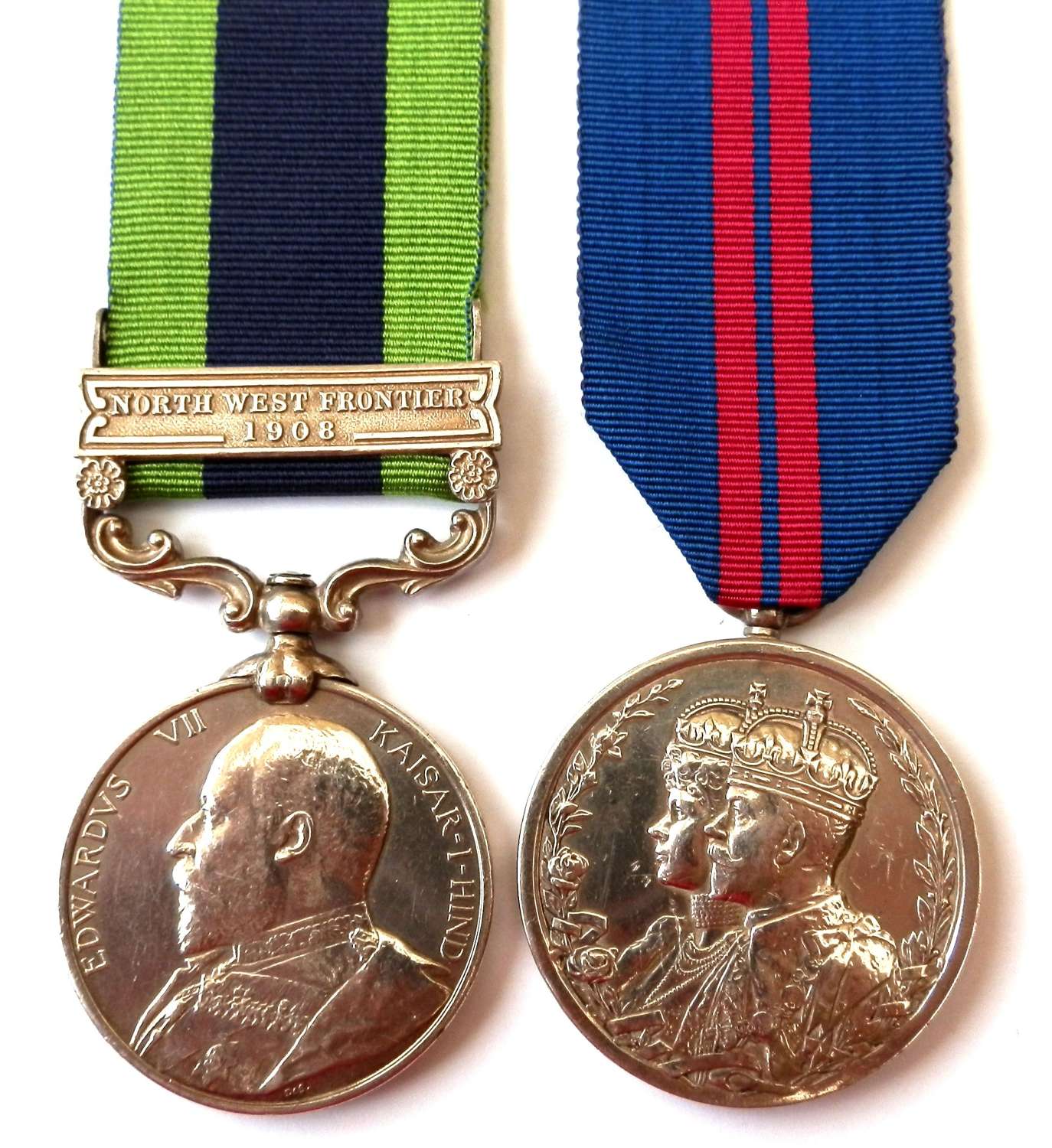 Awarded to Private Thomas Campbell served with the 1st Battalion Seaforth Highlanders.  India General Service 1908. Clasp North West Frontier 1908 (9470 PTE. T. CAMPBELL. 1ST BN. SEA HIGHRS.) Delhi Durbar 1911 (Unamed). Born in Paisley and enlisted with the Seaforth Highlanders in Tain and placed with the 3rd Battalion. He was later transferred to the 1st Battalion serving later in India. It was in Indian and serving in the North West Frontier that Private Thomas Campbell was awarded the India General Service Medal 1908 with clasp North West Frontier 1908 for the military campaign in the region. He later was awarded the Delhi Durbar 1911 whilst serving with the 1st Battalion service records confirm his award. At the outbreak of World War One Private Thomas Campbell was serving with the 2nd Battalion in France. The battalion entered the French Theatre of Operation on the 23rd August 1914. He later was Killed in Action later that year on the 26th October 1914. He is remembered at Houplines Communal Cemetery. (with copy Service details, MIC, CWGC.) 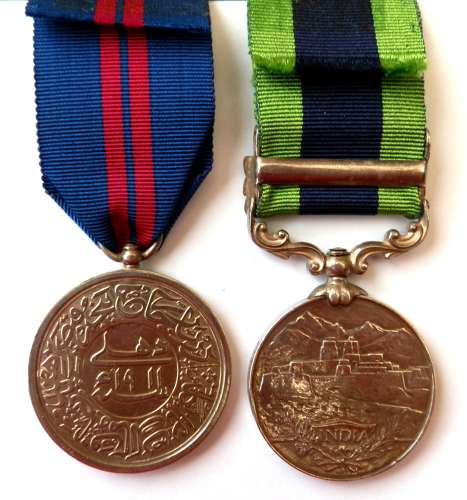