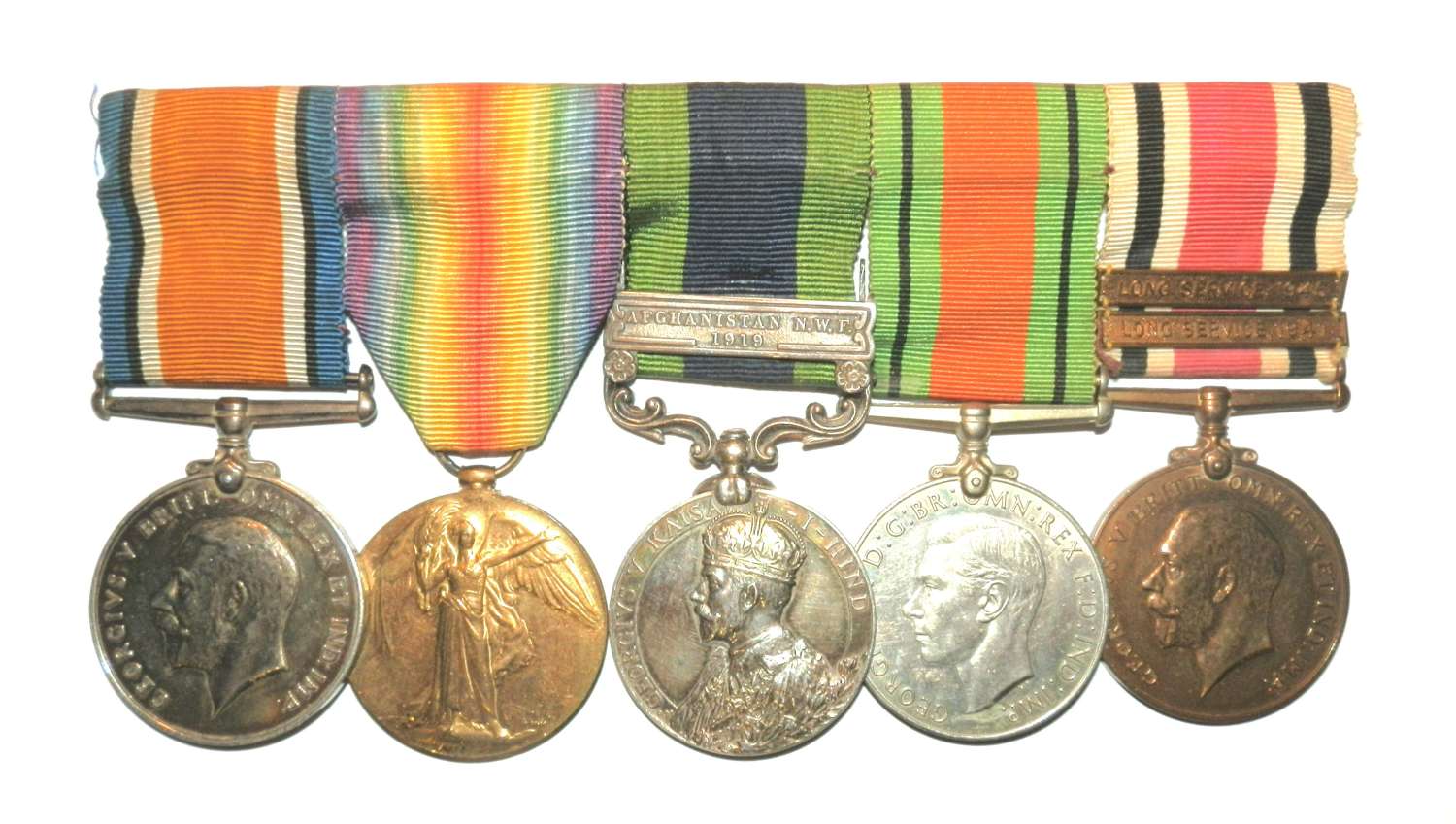 Rather interesting group awarded to Captain John Denys Drew who served with the 1-22nd Punjabis Regiment. British War Medal, Victory Medal (CAPT. J. DREW), Indian General Service 1908, Clasp Afghanistan N.W.F. 1919 (CAPT. J. DREW. 1-22 PJBIS.), Defence Medal 1939-45 and Special Constabulary (GeoV), Clasp Long Service 1941, Long Service 1945 (JOHN DREWE). John Denys Drew was born in Starcross, Devon 28 April 1886, baptised in the parish of Kenton, Devon. He followed his father into business as a Surveyor and Estate Agent. On the outbreak of war he enlisted in the 4th Battalion Devon Regiment, and proceeded to India with the 1/4th Battalion. Given a commission in the Indian Army Reserve of Officers, in July 1915, he was attached to the 19th Punjabis, and served in Mesopotamia to which he was awarded the British War Medal and Victory Medal. He was then attached to the 1/22nd Punjabis in South Persia, with which he remained until after the action at, and capture of, Spin Baldak on the Frontier for which he received India General Service medal and clasp. Captain John Denys Drew was then attached to the Staff of the Corps as G.S.O. III, operating from Quetta until demobilized in October 1919. He had been promoted to Major on the 20th July 1919. He is the popular captain of the Starcross and Kenton clay pigeon club and is a vice-president of the football club. He married Marie Rose Clark in February 1926 this was report in the Devon and Exeter Gazette stated on the 5th February 1926. He later joined the Special Police Constabulary awarded clasp Long Service 41 and 45. He also was involved with the ARP with the Starcross Branch during the war hence his award of the Defence Medal 1939-45.He died 20 October 1966 in Exeter. (with copy medal index card, medal rolls, Medal Index Card, The London Gazette 15th Oct 1915, 19th June 1917, 23rd Nov 1919, 6th July 1920, 29th Nov 1920, Devon & Exeter Gazette February 1926 & Exeter and Plymouth Gazette Friday 09 June 1939 ARP) 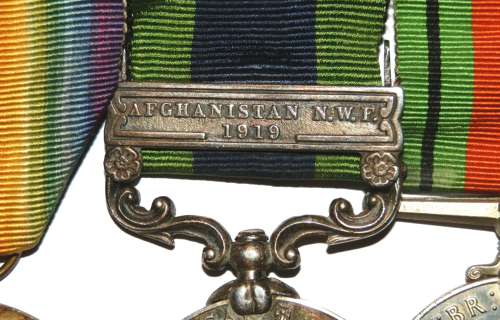 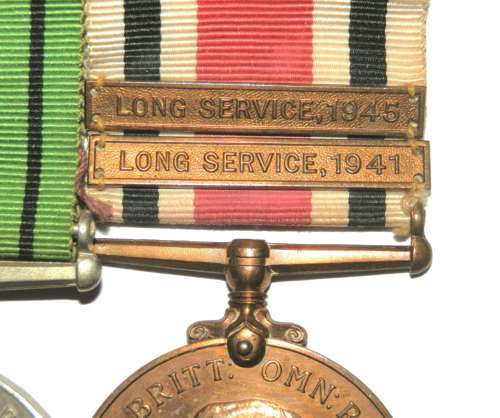 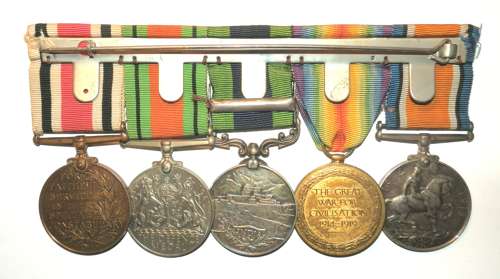