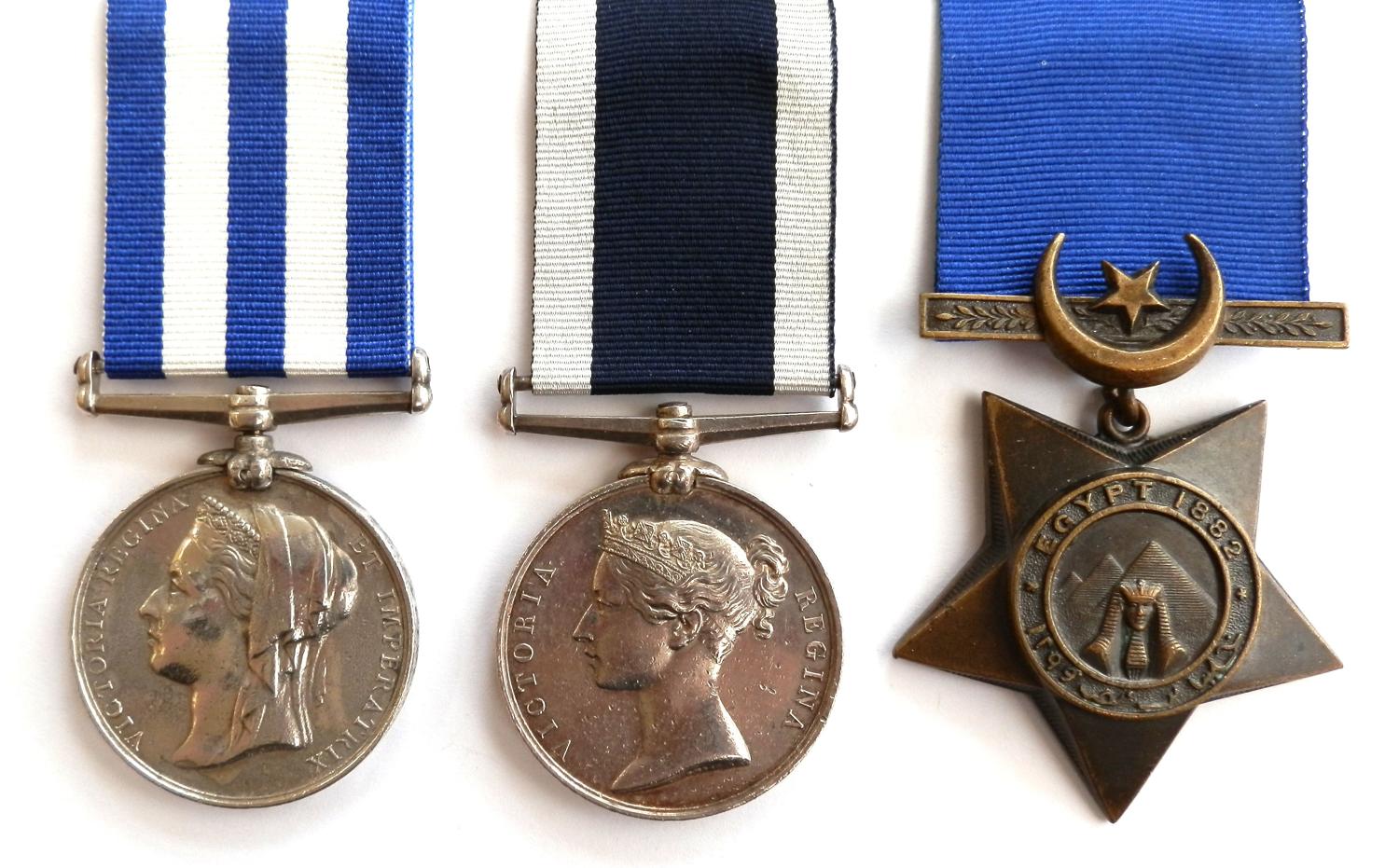 Egypt Medal 1882 (P.C. Calf. Carps. Crew HMS 'Inconstant'), Royal Naval Long Service & Good Conduct (P.C. Calf. Divl. Carpr. HM Coast Guard.) and Khedives Star 1882. Awarded to Philip Charles Calf, born 1st December 1857 in Falmouth, Cornwall. He enlisted in the Royal Navy on the 27th March 1879. Records indicate he signed up for 10 years service with the Navy with a completion of engagement 27th March 1889. Notes indicate that at the time of joining his civil trade was noted as carpenter. He joined the Navy with the rating of Carpenters Crew. His first ship which he served on was HMS Indus an 80 gun vessel with a length of 188 ft 6in, with a displacement of 2653 tons. He served on this vessel until the 28th November 1879, followed by service in many other naval vessels until the Egyptian campaign. He joined HMS Inconstant a cruiser, 16 gun vessel with a displacement of 5780 tons. Period of service onboard HMS Inconstant was from 1st November 1881 through to the 16th November 1882. After serving onboard HMS Inconstant he then went on to serve on a number of ships until he was finally pensioned off. His last ship was the battleship HMS Belleisle with a displacement of 4,870 tons, speed 12.1 Knots with a compliment of 249 men. He served for a short period between 8th November 1890 until 17th November 1890. After leaving the navy he then joined HM Coast Guard. (With copy Naval service record, medals rolls and Ship data)