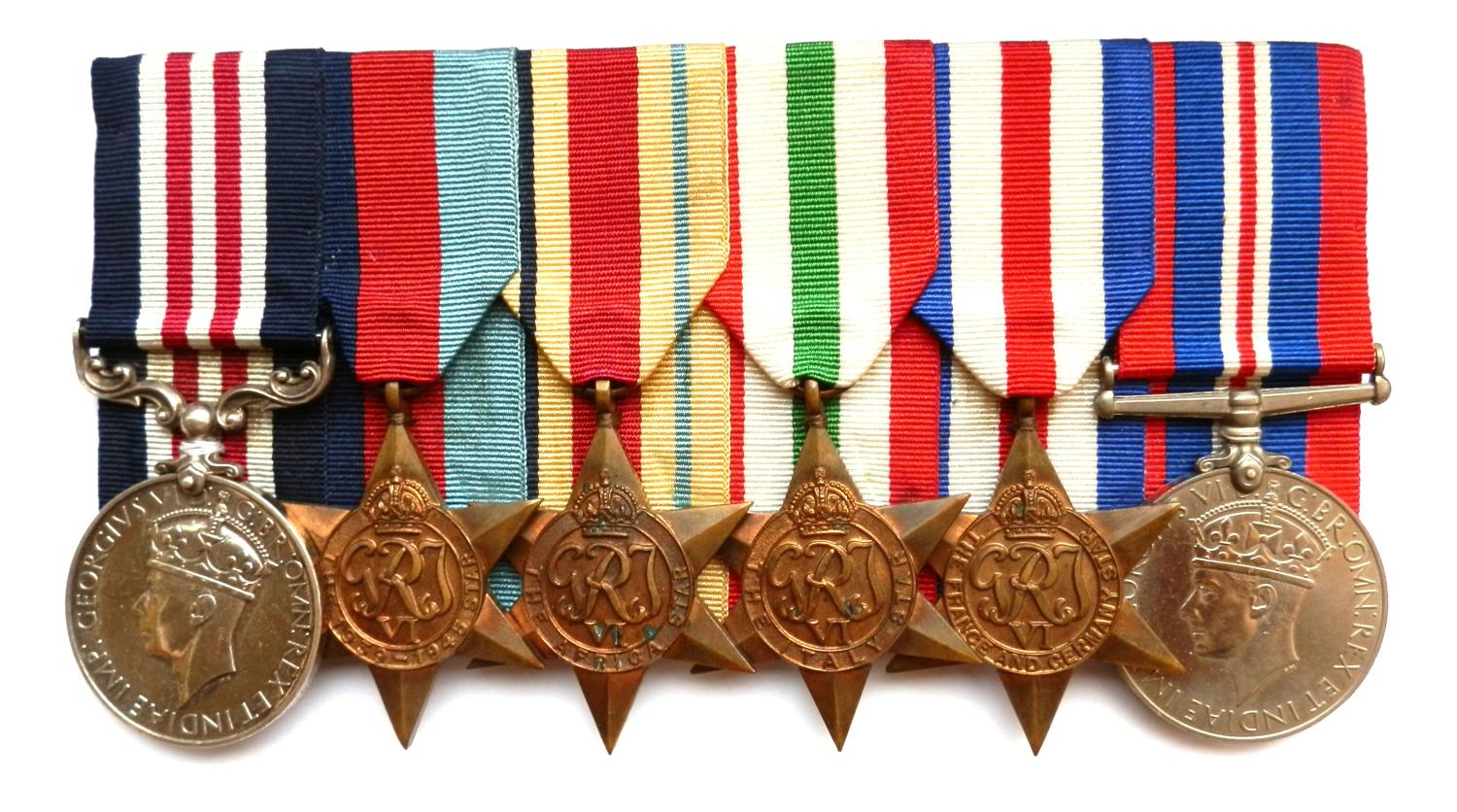 Military Medal, (Geo VI). (T/230936 Dvr. S. Francis, R.A.S.C.), 1939-45 Star, Africa Star, ItalyStar, France and Germany Star, War Medal 1939-45. An exceptional Second World War "Mareth" Line operations "Immediate" M.M. group of six awarded to Driver S. Francis, Royal Army Service Corps, who was attached to the 5th Battalion, Black Watch as an ambulance driver. His Military Medal was printed in the London Gazette on the14th September 1943. The "Mareth" line in which the following action took place was near the border of Tunisia and Tripoli in North Africa in which the British under the leadership of General Bernard Montgomery was in action against Rommel's dreaded Africa Corps. The immediate recommendation, approved by Montgomery, states: 'Driver Francis is a motor ambulance driver (in 174 Highland Field Ambulance) attached to the 5th Battalion, Black Watch (Royal Highland Regiment). On the night of 24-25 March 1943, an attack was put in by a company of the Battalion with an artillery barrage. The enemy retaliation was heavy. The track from the Regimental Aid Post to the Advanced Dressing Station, a distance of three miles, being under constant shell fire. Driver Francis, although his vehicle was hit several times, completed five journeys along this track with casualties, until the Regimental Dressing Station had been cleared. Throughout the campaign he has done consistently good work and has shown great courage and devotion to duty.', The night of 24-25 March 1943 proved especially costly to the 5th Battalion, Black Watch, the first casualties being inflicted when our own artillery barrage came down on one of the two forward companies on the start line. The Company Commander was mortally wounded, the second-in-command killed, a third officer lost a leg, and almost every man in the Company was either killed or wounded. (with typed copy describing events leading to Dvr. Francis's M.M., copy of Operational report made by the Divisional Commander of the 174 Highland Field Ambulance, granting an "immediate award to Dvr. Francis". (copy of London Gazette 14th September 1943 and copy documented history and extracts from "The Black Watch & the King's Enemies").