Nice example of a machine woven eagle in white, black and red on black background. Depicting eagle of the National Socialist German Students League, ‘National Socialist Deutscher Studentenbund’. Part of the Political Leadership of student bodies based with German Universities in the middle of the 1920’s. This was established in early 1926 at Munich University. 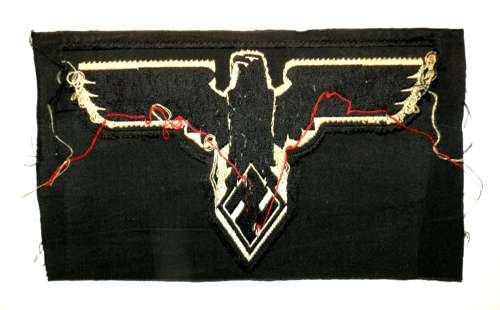