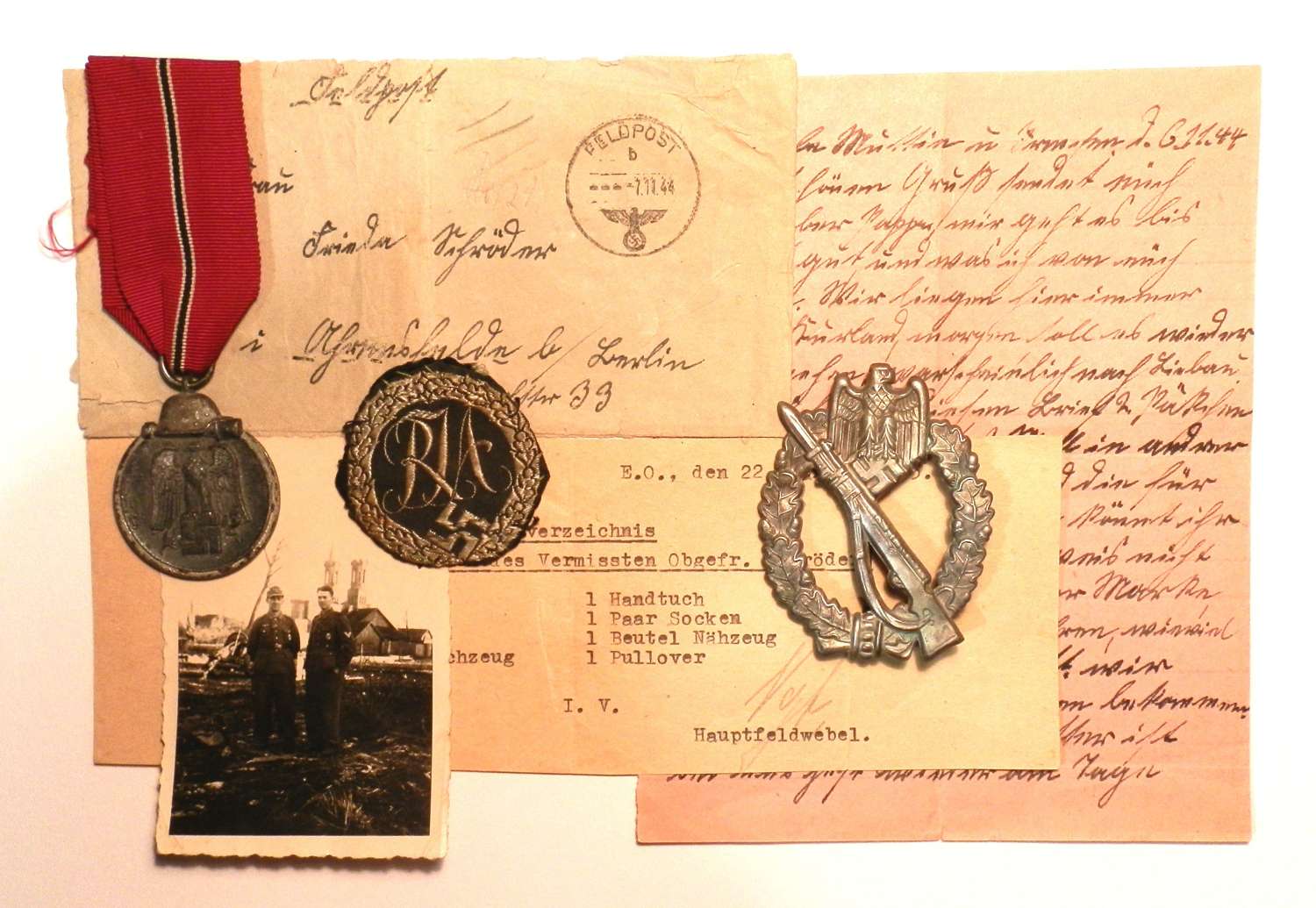 Group awarded to 56601 Obergefreiter (Lance Corporal) Schroder of the 1st/4th Kompanie Grenadier Regiment 358. German Infantry Assault Badge, Winter Campaign Medal Russia 1941-42. (Eastern Front Medal) and RJA Hitler Youth Cloth Sports badge.Killed in action casualty from the Kurland pocket operation in which German Forces where fighting the Red Army's blockade of the Kurland Peninsula. Obergefreiter) Schroder was reported missing in the Kurland pocket in the January of 1945, during the closing months of World War II. He would of taken part in what was a series of six battles from October 1944 to March 1945 which ended with the surrender of the German Army and the capture of over 180,000 German soldiers. This group awarded to the late Obergefreiter) Schroder comes complete with Silver Infantry Assault Badge, Winter Campaign Medal for the German Eastern/ Russian front campaign. This campaign lasted between the 15th November 1941 to 15th April 1945. With this his cloth Reichsjugendsportabzeichen RJA Hitler Youth Sports badge. This small group comes complete with KIA Condolence Letter dated 1944 reference to 56601 Obergefreiter (Lance Corporal) Schroder  a German soldier lost on the Russian front. Included in this group is an original photograph of the recipient standing on the right with Obergefreiter  rank chevron on individual's jacket sleeve. Plus the letter comes complete with original Fieldpost envelope. With this is a list of soldiers personal effects returned to the family. With original: Photograph of recipient *shown standing on right.(with copy KIA Condolence Letter, Feldpost evelope, Personal effects letter) 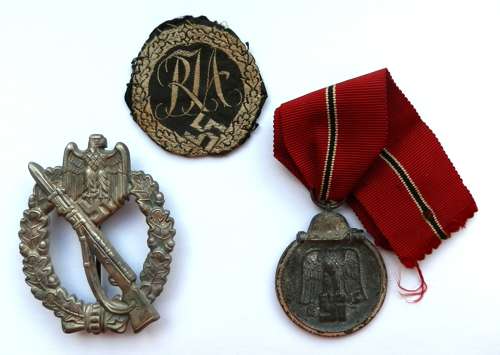 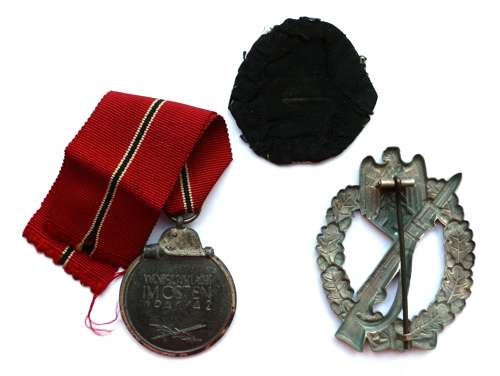 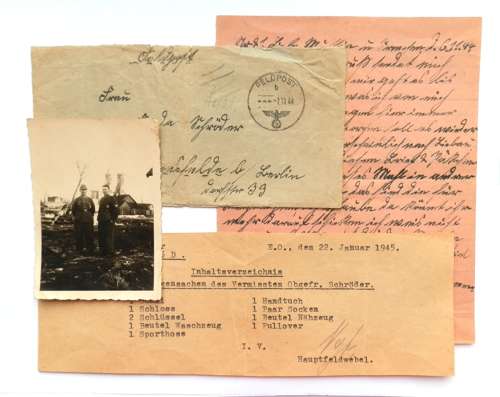 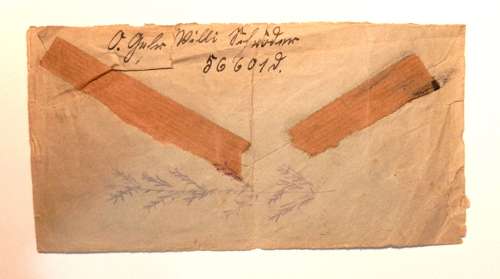