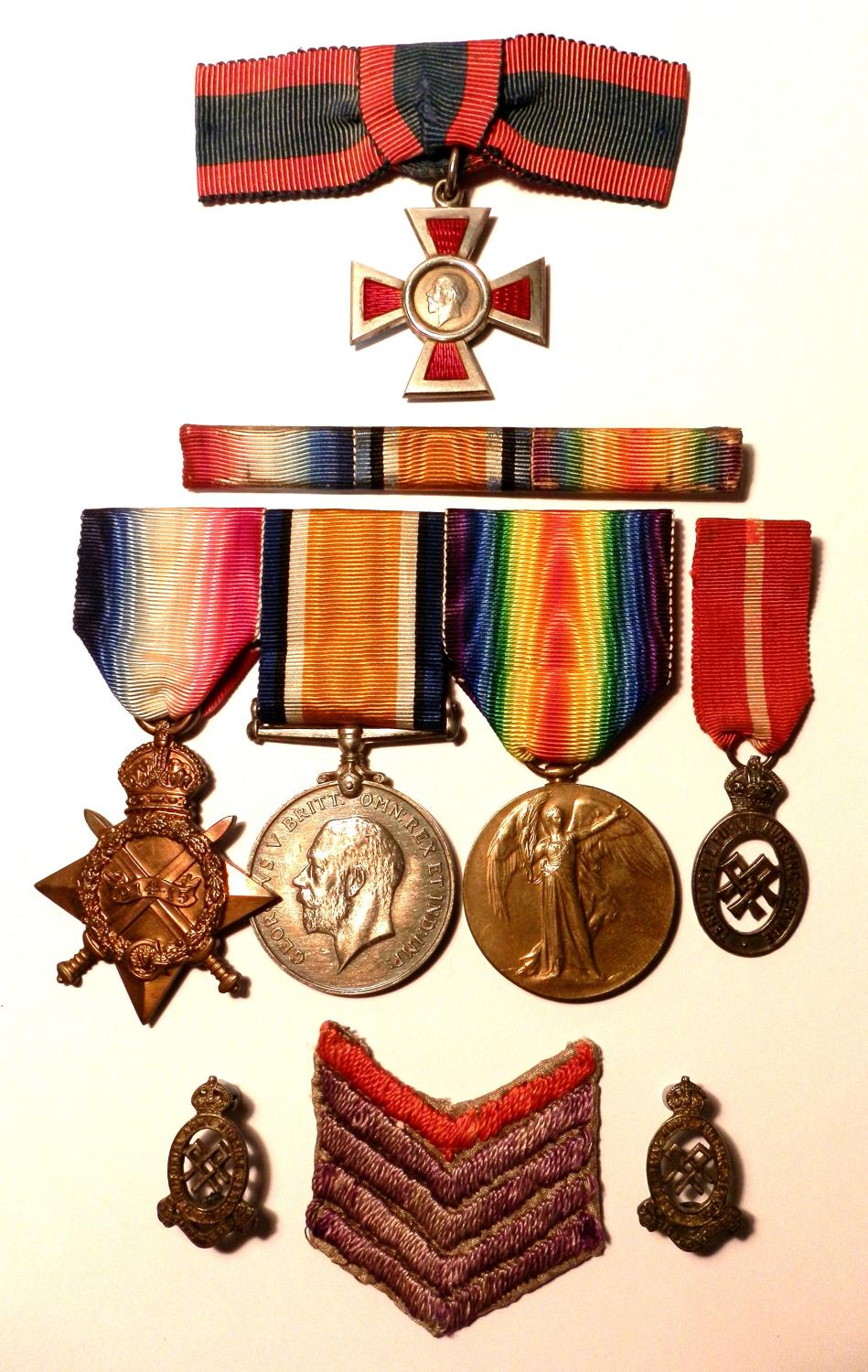 Awarded to Sister Marion Brocksopp of the Territorial Force Nursing Service serving with the British and Commonwealth Forces during World War One. Associate Royal Red Cross Decoration (2nd class), 1914-15 Star (SISTER. M. BROCKSOPP. T.F.N.S.), British War Medal, Victory Medal (SISTER. M. BROCKSOPP), T. F. N. S. Cape Badge. TRIO Medal Ribbon Bar on pin, T.F.N.S. Collar Dogs & Service Stripes. Sister Marion Brocksopp was born in 1877 in Walsall in Staffordshire. Service records show that Marion Brocksopp before joining Military Service worked initially as a Governess and later as a Private Nurse. At the breakout of hostilities in World War One she enlisted in His Majesties Armed Forces on the 12th of August 1914 enlisting in the Territorial Force Nursing Service. Her first military posting was on the 2nd October 1914 being posted on His Majesty Hospital Ship ‘Oxfordshire’. The ship was sent to Scapa Flow as a base ship but subsequently moved to the English Channel to undertake army hospital work. In April 1915 the following year Sister Marion Brocksopp whilst serving on the ship Oxfordshire was deployed as a base ship at Mudros, Greece. As a Hospital ship based in the Mediterranean she later participated in operation with ANZAC Forces serving in the proximity of hostilities of the Gallipoli Peninsula. These forces consisted of Australian and New Zealand Army Corps ANZAC ground forces serving in the area. It was during the Australian and New Zealand Army Corps withdrawal from Gallipoli, withdrawal from the Gallipoli Peninsula was supported by boats from ‘Oxfordshire’ were they were used to bring off the wounded from the beaches. Records show that Sister Marion Brocksopp on the 29th April disembarked from ship Oxfordshire and transferred to the 31st British General Hospital in Port Said in Egypt. Whilst stationed with the 31st British General Hospital on the 9th May 1918 she was transferred to Salonika where she worked at 61st and 41st British General Hospitals. In the same year on the 5th October 1918 records show she transferred from Salonika for home service on and was employed at 1st Southern General Hospital, Edgbaston, Birmingham. It was on the 31st July 1919 that Sister Marion Brocksopp was mention in the London Gazette recording her award of the Associate Royal Red Cross 2nd Class whilst serving with the 1st Southern General Hospital. Her award was also later recorded in the Edinburgh Gazette on the 5th August 1919. The next year on the 16th May she was demobilized, she gave her address as ‘Eastcroft’, Coleshill Road, Sutton Coldfield, Warwickshire. It would be at the outbreak of the Second World War in March 1940 she applied for help at the Joint Nursing and Voluntary Aid Detachment Services committee. (with copy MIC, London Gazette, full service papers, service history on HMHS ‘Oxfordshire’. 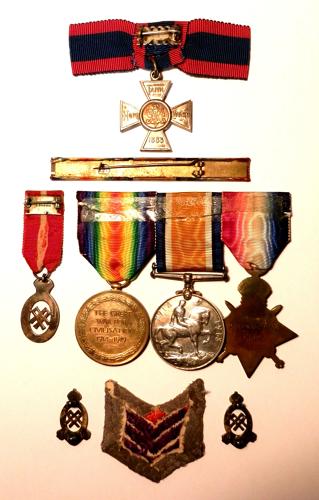 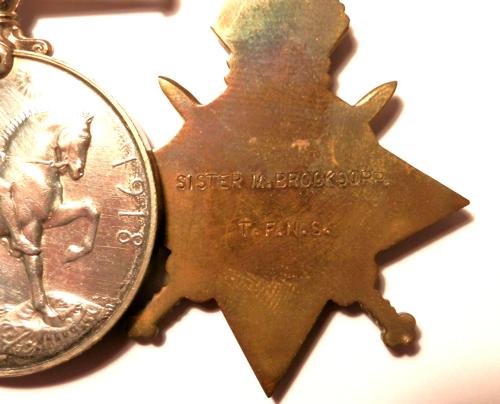 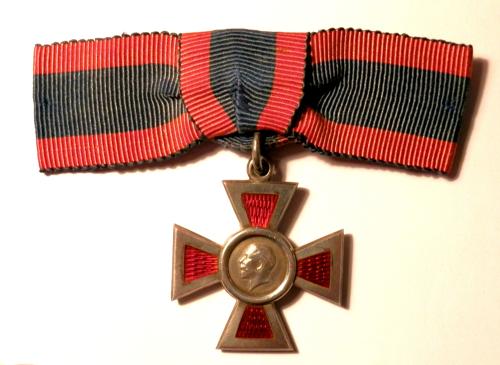 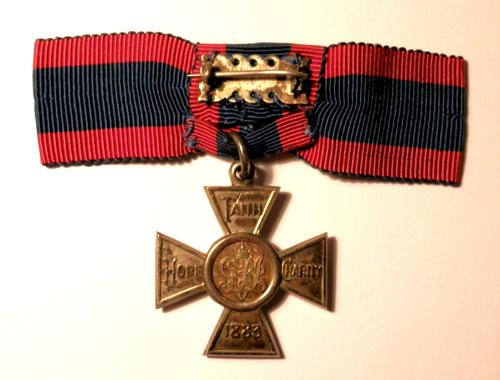