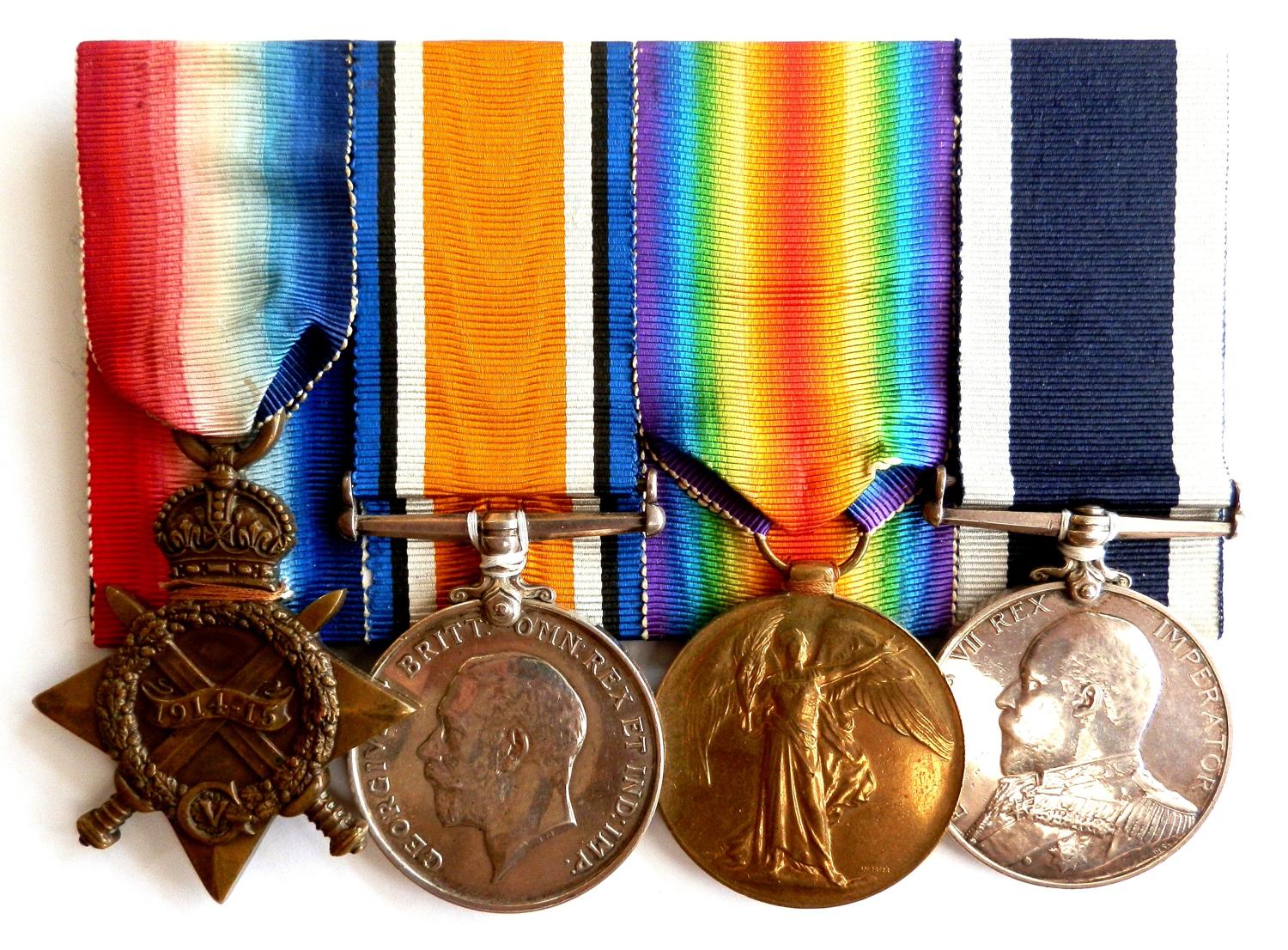 1914-15 Star, British War Medal, Victory Medal, (279414. E. Johnson. CH. STO. R.N.) and Royal Naval Long Service and Good Conduct (EDVII. (279414. Earnest Johnson. Actg. CH. STO. HMS Hibernia). An interesting group awarded to 279414 Chief Stoker Earnest Johnson. Recipient was born in Treganthen Fort, Cornwall on the 2nd March 1876. His trade before joining the Navy was a labourer. He joined the navy 3rd April 1895, being stationed at HMS Vivid II and later serving on a number of naval vessels which included HMS Hibernia on which he eventually received his Long Service & Good Conduct Medal on the 20th June 1910. When war broke out in 1914, Chief Stoker Earnest Johnson was serving on the cruiser HMS Devonshire where he served from1913 until Feb 1916. Later he served for a period again at HMS Vivid II, a shore establishment, after which he served on HMS Hecla (a Naval depot ship for fleet repairs) for the period from 18th April 1917 to 1st May 1917. Later he then served back on shore until being posted to HMS Revenge (Battleship) on which he served for the period 16th Sept. 1917 till 11th April 1918 (with copy service record and naval vessels overview). 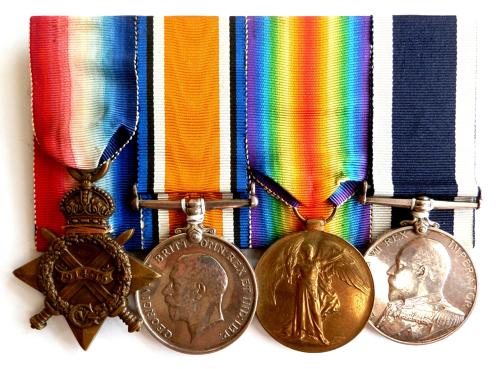