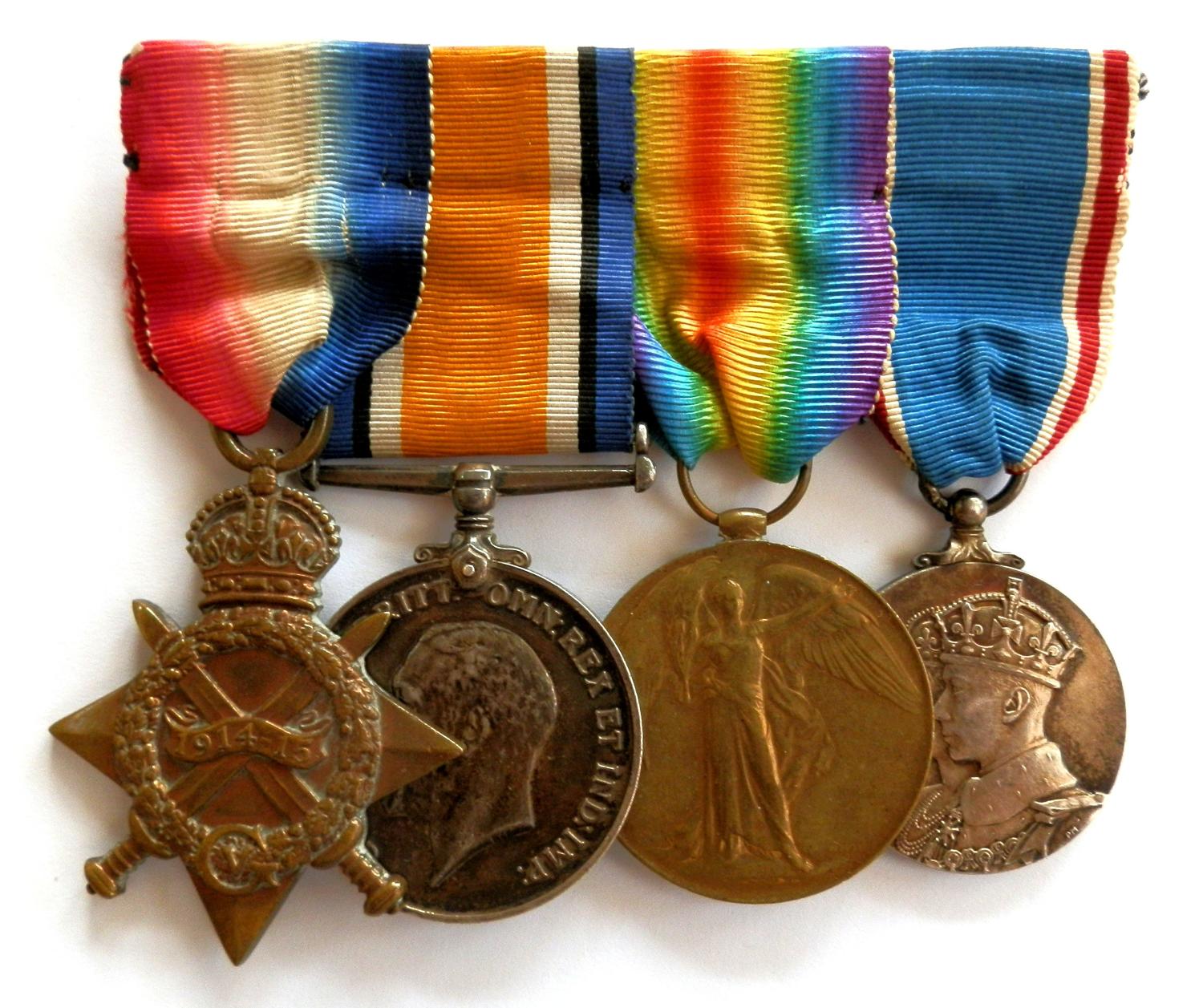 Awarded to Petty Officer Ernest Grace of His Majesties Royal Navy and later in World War Two serving with HQ Fighter Command. Born on the 11th April 1892 in Keswick in Cumberland. 1914-15 Star, British War Medal & Victory Medal. (J.1072. E. GRAVE. P.O. TEL. R.N.) and Coronation Medal 1937. Records indicate at time of enlistment his civilian occupation is recorded as Telegraph Messenger. He joined as Boy Sailor 1st Class serving on a large number of naval vessels and land bases as indicated in his naval service record. His papers show that on the 1st April 1925 he was Acting Warrant Telegraphist, which became substantive on the 1st April 1925 as Warrant Telegraphist. He also saw service onboard HMS Royal Oak details noted on the 1st February 1926. Later serving onboard HMS Barham noted 1931. After leaving the Navy he was placed on the Retired List on his own request. Ernest Grave service history as recorded outlines the fact that he was employed under the RAF (Royal Air Force) Substitution scheme as a Signals Officer. He was posted to HQ Fighter Command at RAF Stanmore as Signals Officer. He was officially placed on the retired list on the 30th March 1946. The Coronation Medal 1937 is not mentioned in his service record but medals mounted as worn on original medal bar. (with copy service record). 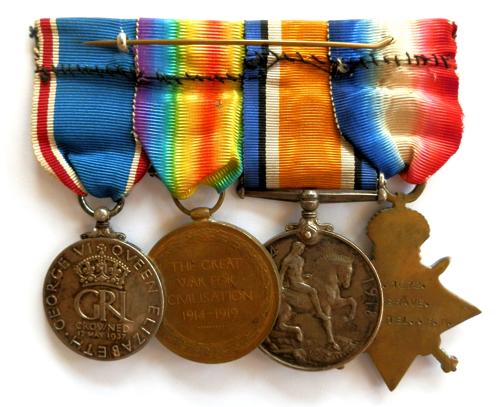