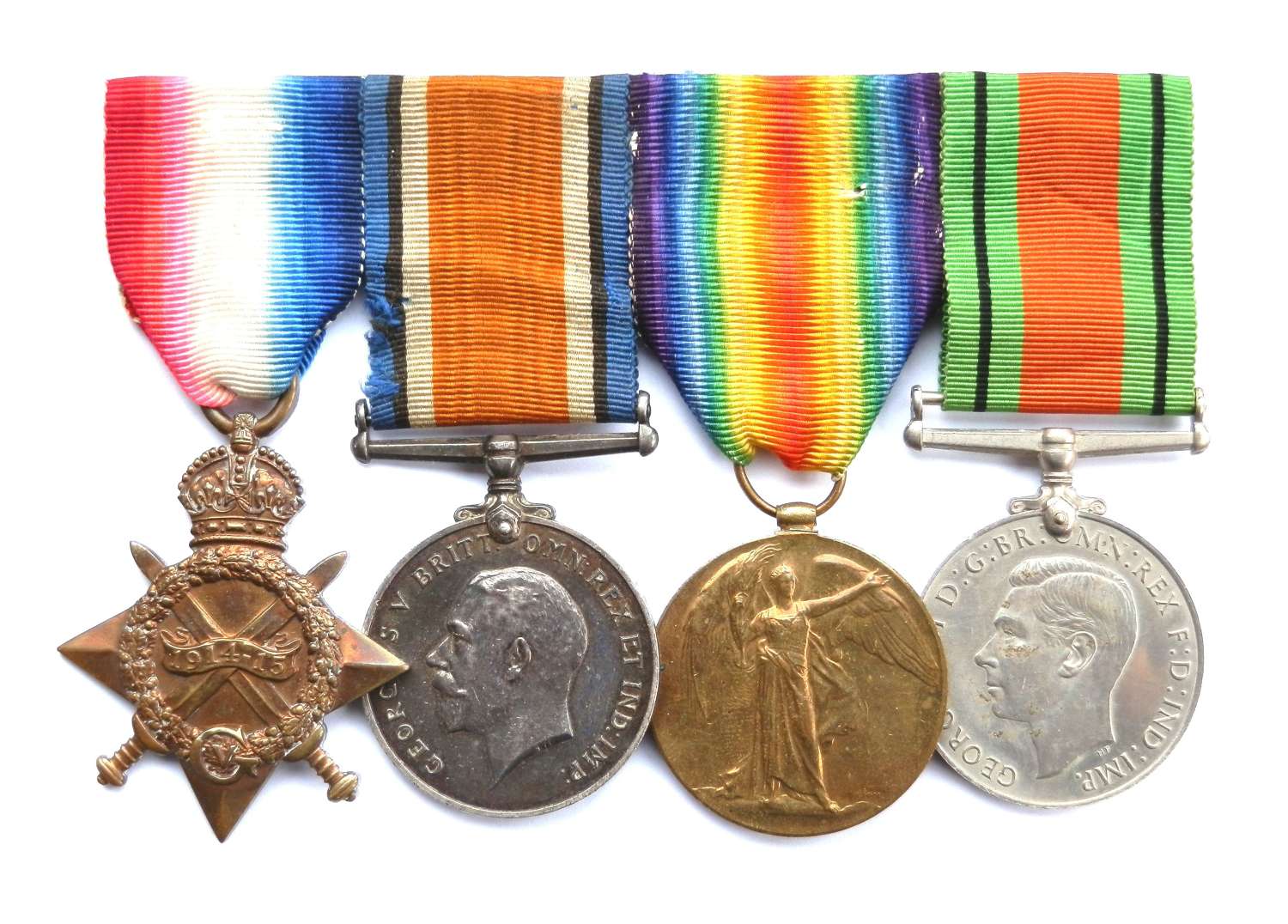 Awarded to Sergeant George Spanton Evans of The Queen’s Regiment serving with the 7th Battalion Royal West Surreys. 1914-15 Star, British War Medal, Victory Medal (G-1627 SJT. G. S. EVANS. THE QUEEN’S R.) and Defence Medal 1939-45 MIC indicates he was sent to the French Theatre of Operations 27th July 1915. The Battalion later served at The Somme in 1916 in The Battle of Albert capturing their objectives near Montauban etc. (with copy MIC & medal roll) 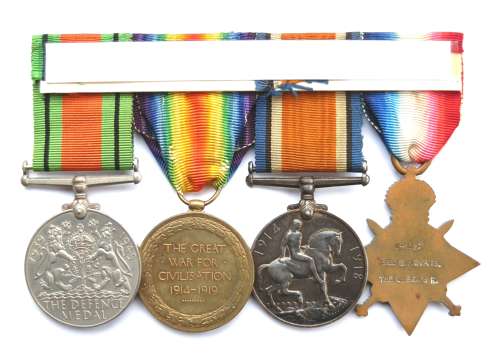