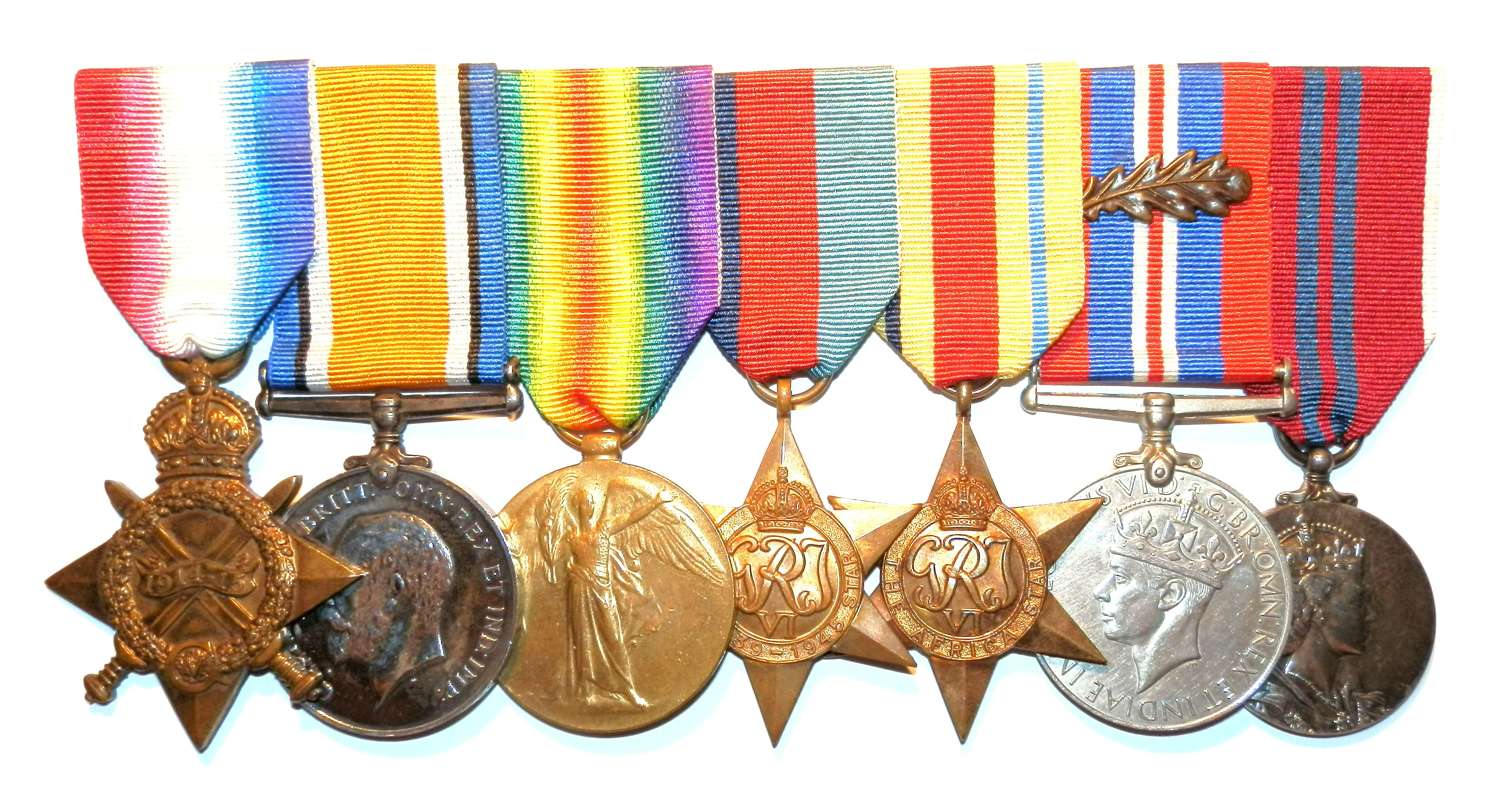 Awarded to Bernard Cecil Holmer served with the Royal Scots Fusiliers in World War One and later served as Honorary Air Commodore during World War Two. 1914-15 Star (2118 PTE. B. C. HOLMER. R. SCOTS.), British War Medal & Victory Medal (2118 PTE. B. C. HOLMER. ROYAL SCOTS.), 1939-45 Star, Africa Star, War Medal 1939-45 M.I.D. and Coronation Medal 1953. Bernard Cecil Holmer enlisted into the army serving with the 1/9th Royal Scots as 2118 Private and later Lance Corporal. He entered the French Theatre of Operation on the 24th February 1915. He saw action in the Ypres sector on the 22nd April where he was wounded in the leg and evacuated back to England. He was later posted with the 3/9th Bn The Royal Scots later Royal Scots Fusiliers embarking to France in February 1917 seeing action in Arras March 1917. Later involved at the Battle of Arras 9th April 1917. Later the Third Battle of Scarpe in which he was wounded and evacuated to Hospital in Boulogne, then back to England then later discharged. After the War late 1922 he is serving with the Air Ministry and later with the Royal Air Force. He was promoted through the ranks to Group Captain later Air Commodore. He was Mentioned in Despatches in the London Gazette1st January 1945, noted by Air Ministry. He served with the Air Ministry under Administrative and Special Duties, papers and London Gazettes cover promotions. (with copy Medal Index Card, medal rolls, discharge papers, WWI Over view, Air Ministry Appointments, London Gazettes and Coronation 1953 Roll).