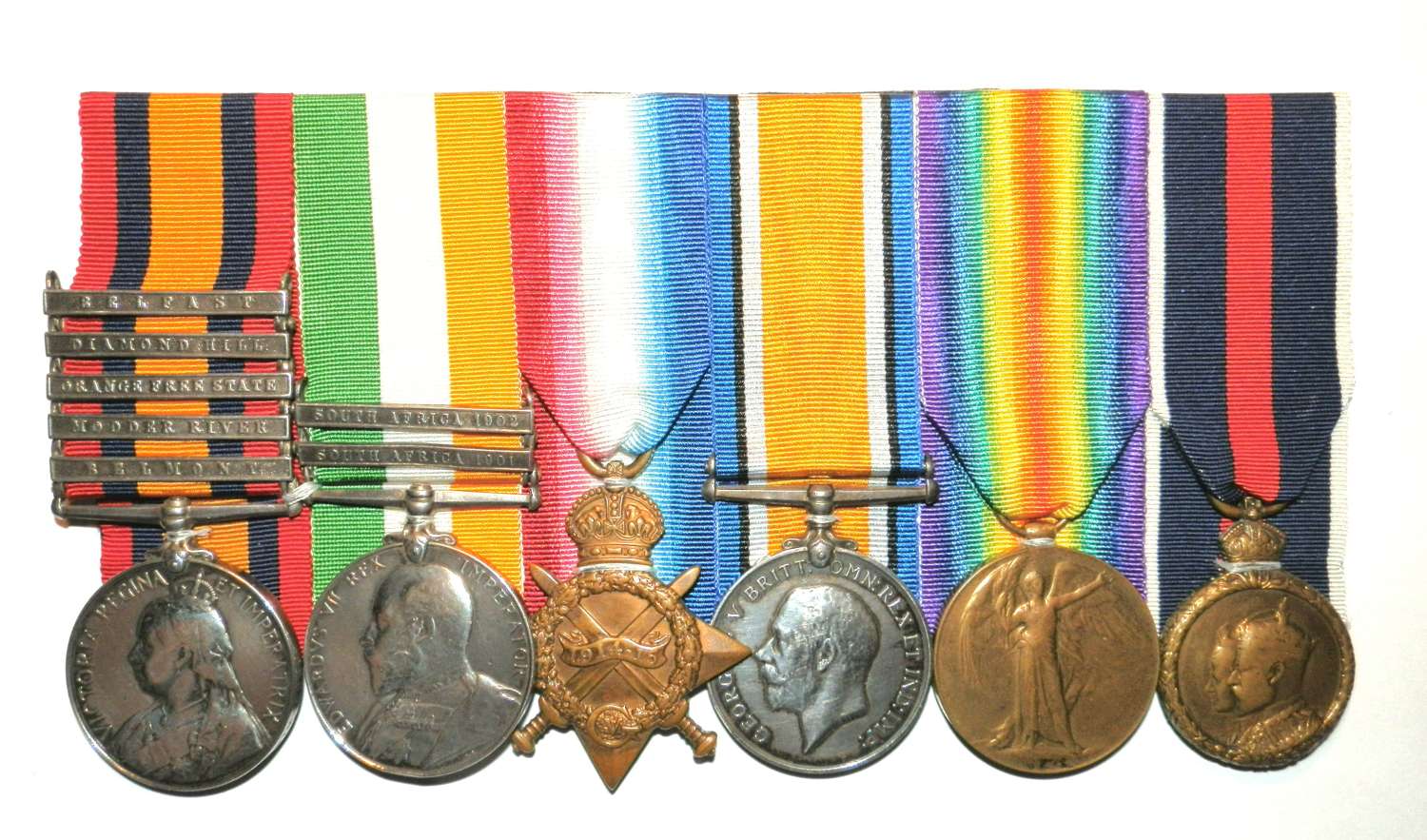 Awarded to Sergeant William Robinson who served with the Coldstream Guards followed by service later with the 10th Battalion Royal Fusiliers. Queens South Africa, Clasps Belmont, Modder River, Orange Free State, Diamond Hill and Belfast, (7849 SEJT. W. ROBINSON. CLDSTM. GDS.), Kings South Africa, Clasps South Africa 1901, South Africa 1902. (7849 SEJT: W. ROBINSON. COLDSTREAM GUARDS.), 1914-15 Star. (STK – 595 SJT. W. ROBINSON R. FUS.), British War Medal & Victory Medal (STK – 595 SJT. W. ROBINSON R. FUS.) and 1902 King EDVII Coronation Medal. Sergeant William Robinson was born in the Parish of Harfield in Hertfordshire. On Joining the army, enlisting on the 4th October 1889 he served with the Coldstream Guards . Early part of his service career he took part in the Boer War campaign in which he saw action on numerous occasions with the Coldstream Guards at Belmont, Modder River, Diamond Hill and Belfast. Also further operational service in the Orange Free State Being awarded the Queens South Africa medal. His unit continued into the later part of the Boer War Campaign seeing service and awarded the South Africa 1901 and South Africa 1902 clasps to his Kings South Africa medal. At some point as a member of the Coldstream Guards Sergeant William Robison was awarded the 1902 King Edward VII Coronation Medal. Not noted in records but all medals mounted showing same wear, polished with pride this includes his World War One Trio as well. Records show later he was discharged from military service with the rank of sergeant, later on the 12th August 1902. He was placed on the Army Reserve (Special Reservists) list at the age of 44 years. At this time his trade was recorded as commissionaire noted also in further research notes. On the outbreak of the First World War William Robinson retained his original rank of Sergeant and was re-activated in the 10th Royal Fusiliers also known as the ‘Stockbrokers Battalion’, on the 29th August 1914. As an ex regular army NCO of 13 years with the Coldstream Guards he was promoted to Sergeant not having to re enlist with the rank of Private.  He entered the French Theatre of Operations on the 31st July 1915. Whilst with the 10th Battalion Sergeant William Robinson was wounded in the field and was subsequently awarded the Silver Wound Badge on the 25th November 1916. Due to his injuries he was he was formerly discharged from service and returned to England on the 8th November 1916 where his service in the army was then terminated.(with copy Medal Index Card, Medal Rolls  (Boer and WWI), Short Service Attestation Record, Army Reserve (Special Reservists) Attestation Record and Individual History Overview.). 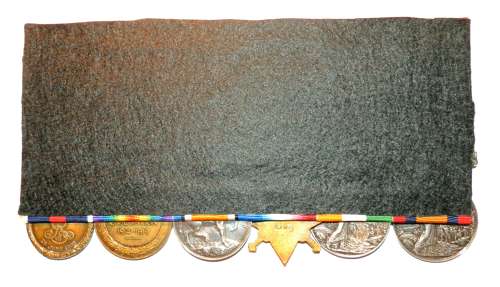 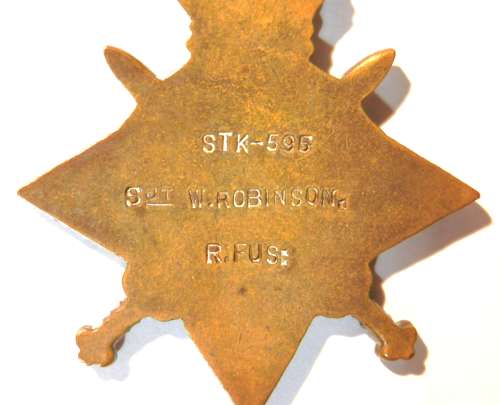