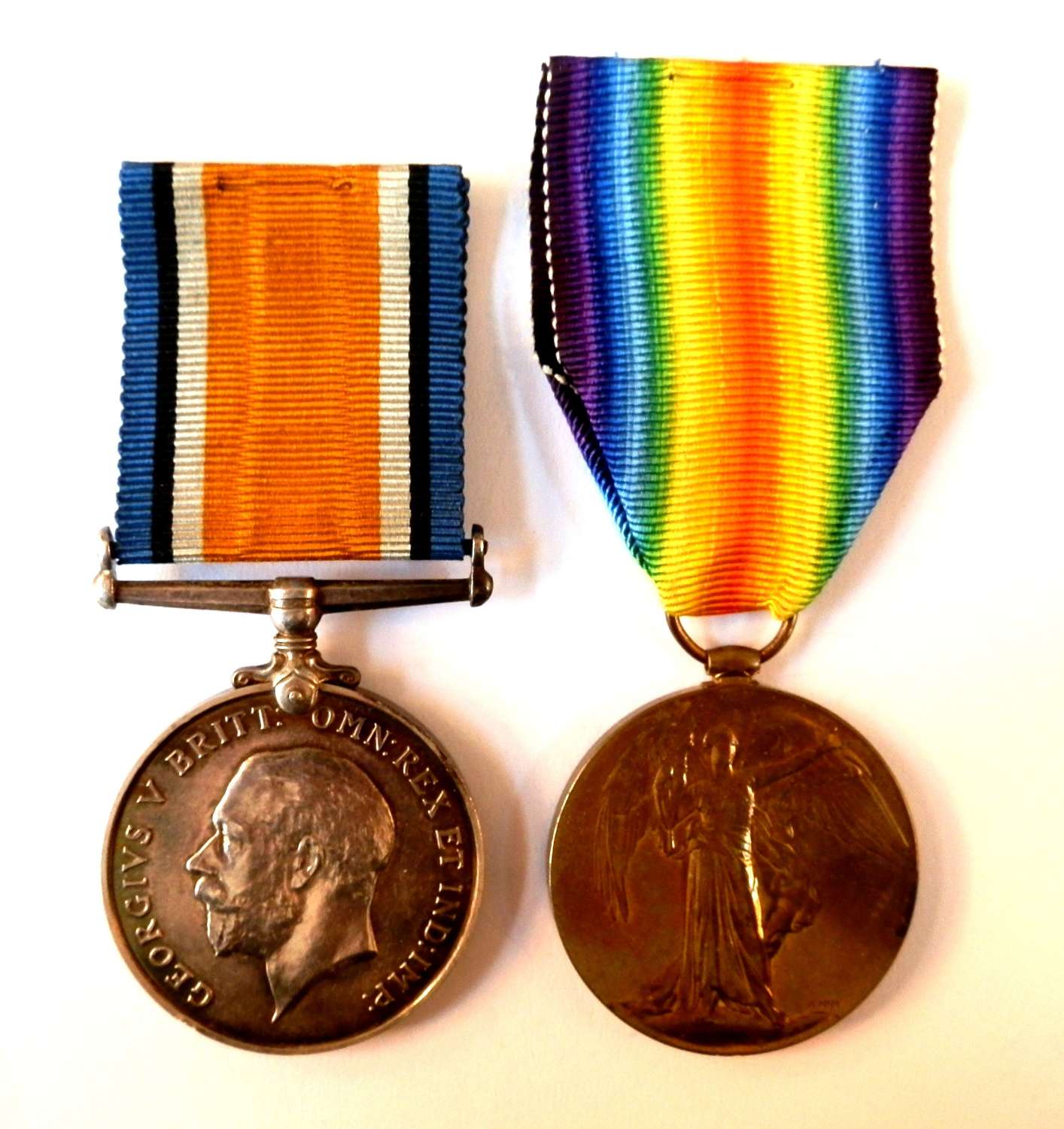 Awarded to Captain Richard Morley Huntrods served with the Northumberland Fusiliers. British War Medal &Victory Medal (CAPT. R.M. HUNTRODS.) Born in 1894 in Workington, Cumberland in the parish Cockermouth. The son of Joseph Huntrods an iron & steel merchant, details taken from 1911 Census.  London Gazette notes that Richard Morley Huntrods was a army cadet and was given a temporary commission of Second Lieutenant on the 19th December 1916 serving with the Northumberland Fusiliers. On the 1st April 1919 he was promoted to Temporary Lieutenant later Captain. Records show that he saw service in the French Theatre of Operations. The British War Medal and Victory Medal is recorded as his only medal entitlement. (with copy MIC, London Gazette 1917-19 & 1901 census.). 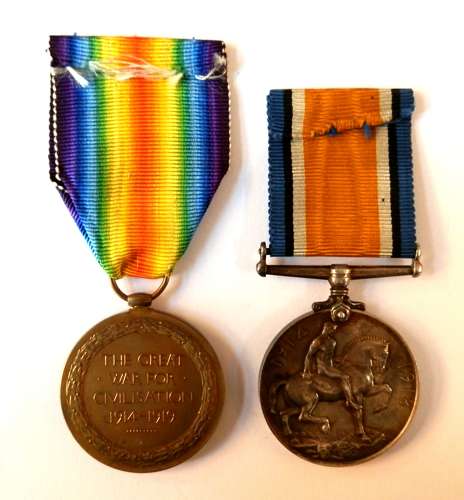