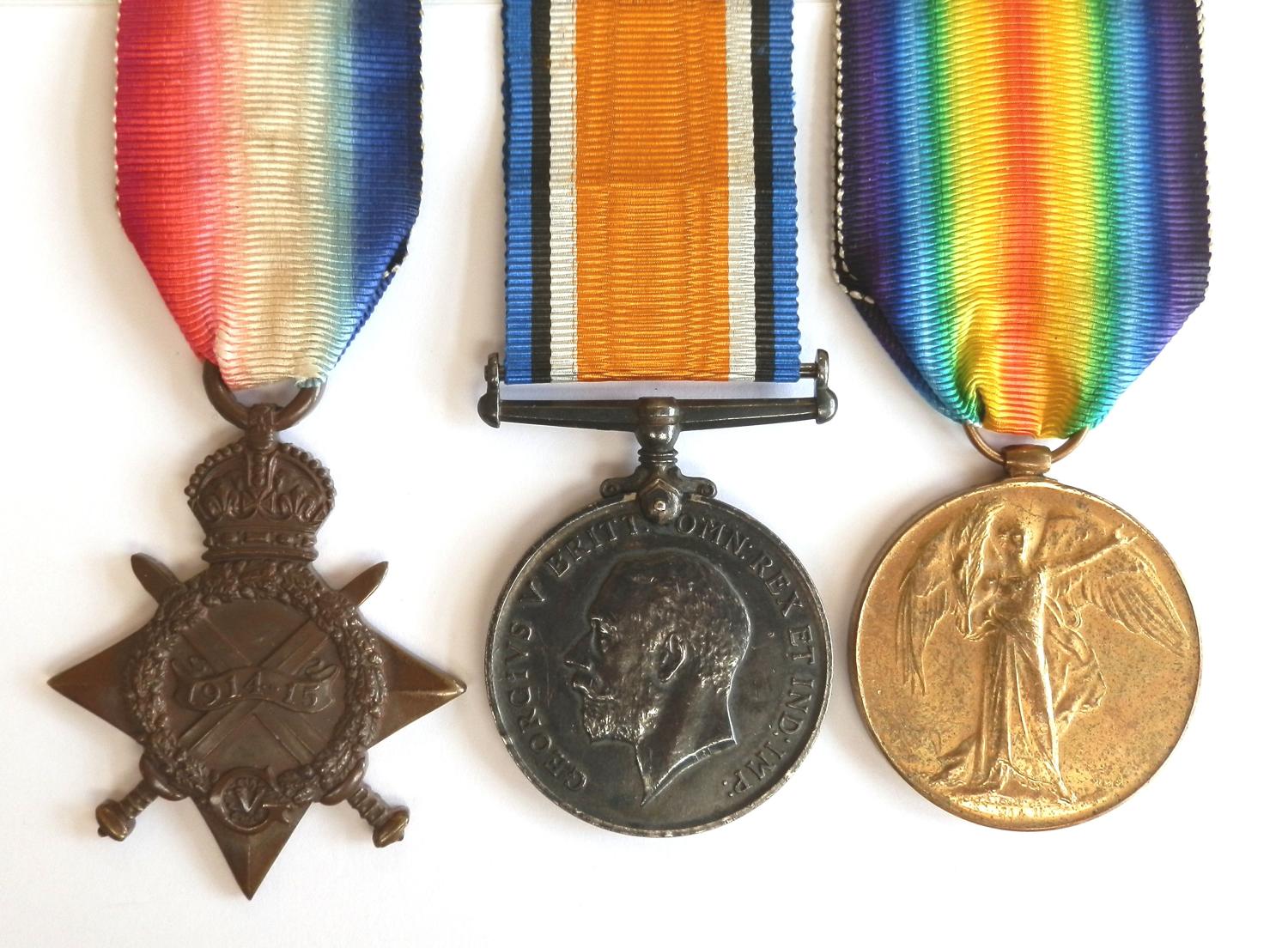 1914-15 Star, British War Medal and Victory Medal (78359 Gnr, W. Hindle. R.F.A.). Group awarded to of the Royal Filed Artillery. Born in 1892 in Bolton Lancashire. Enlisted at the age of 22 years at the recruitment office in Bolton. Records show he disembarked to the French Theatre of Operations on the September 1915. After the war he was transferred to the Army Reserve on the 13th April 1919 whilst based in Woolwich, London. (with original medal box address lids, postal envelope for medals acknowledgement slip for 1914-15 Star Medal transmit slip certification of transfer to the reserves. copy medal index card and medal rolls). 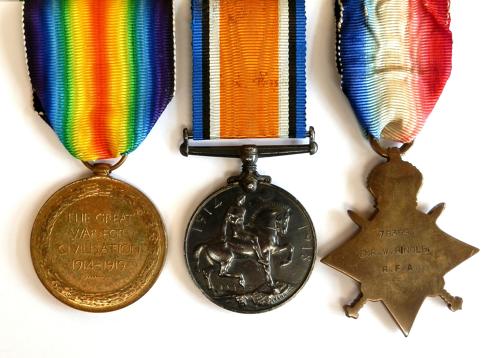 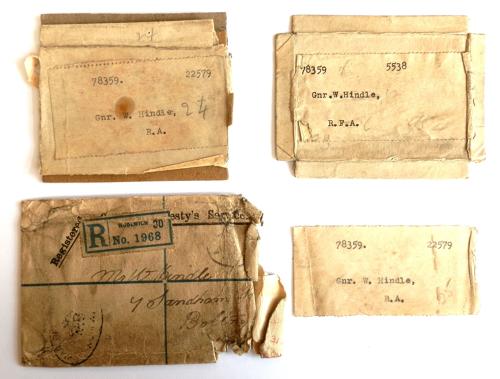 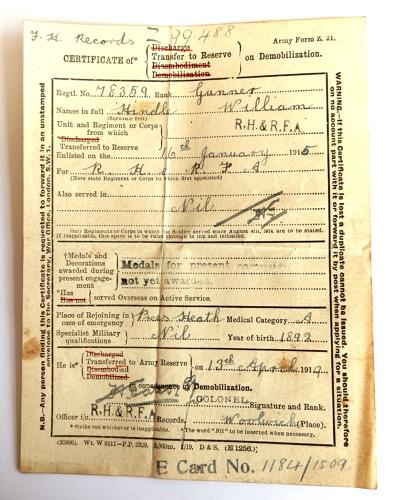 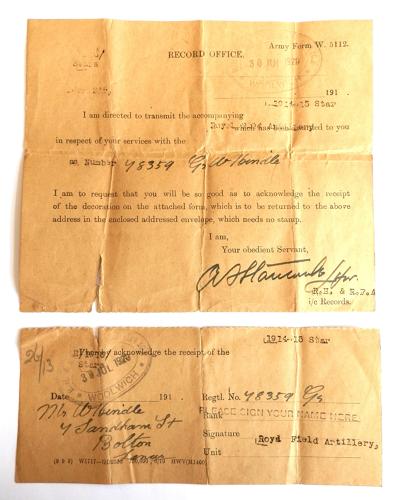