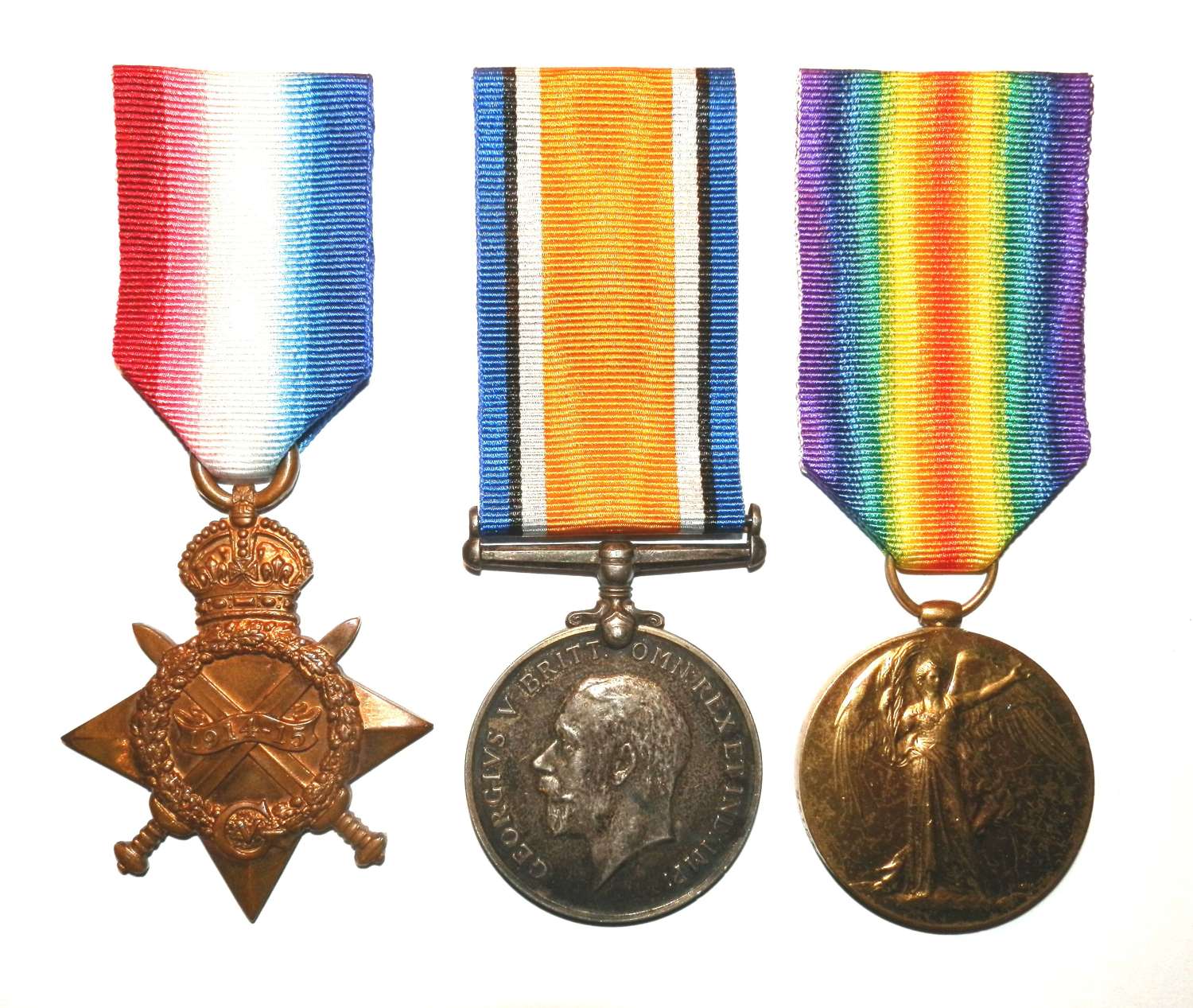 Awarded to Private Andrew White served with the 5th Battalion Cameron Highlanders. Killed in Action, 25th September 1915 on the first day of the Battle of Loos. 1914-15 Star, British War Medal & Victory Medal (S-10933 PTE. A. WHITE. CAM’N. HIGHRS.). The 5th Battalion was involved in the attack at Hohenzollen, Redoubt, to which the battalion took heavy casualties during the battle. Private Andrew White was age 29 when he was killed. He was among those killed during the battle for Loos. Records show he is remembered on the Loos Memorial on panel 119 to 124. He was born in Mid Forest, Carlisle.(with copy medal rolls, C.W.G.C. certificate and casualty record). 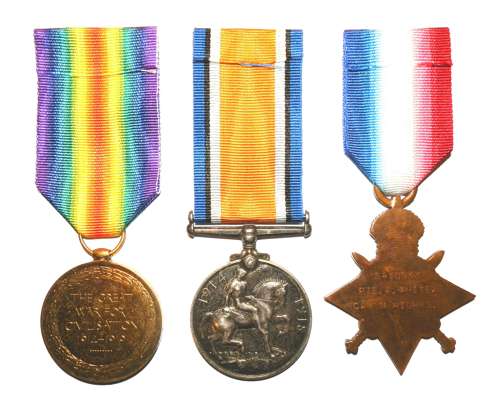 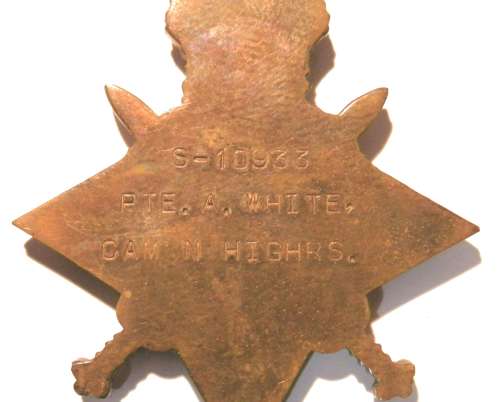