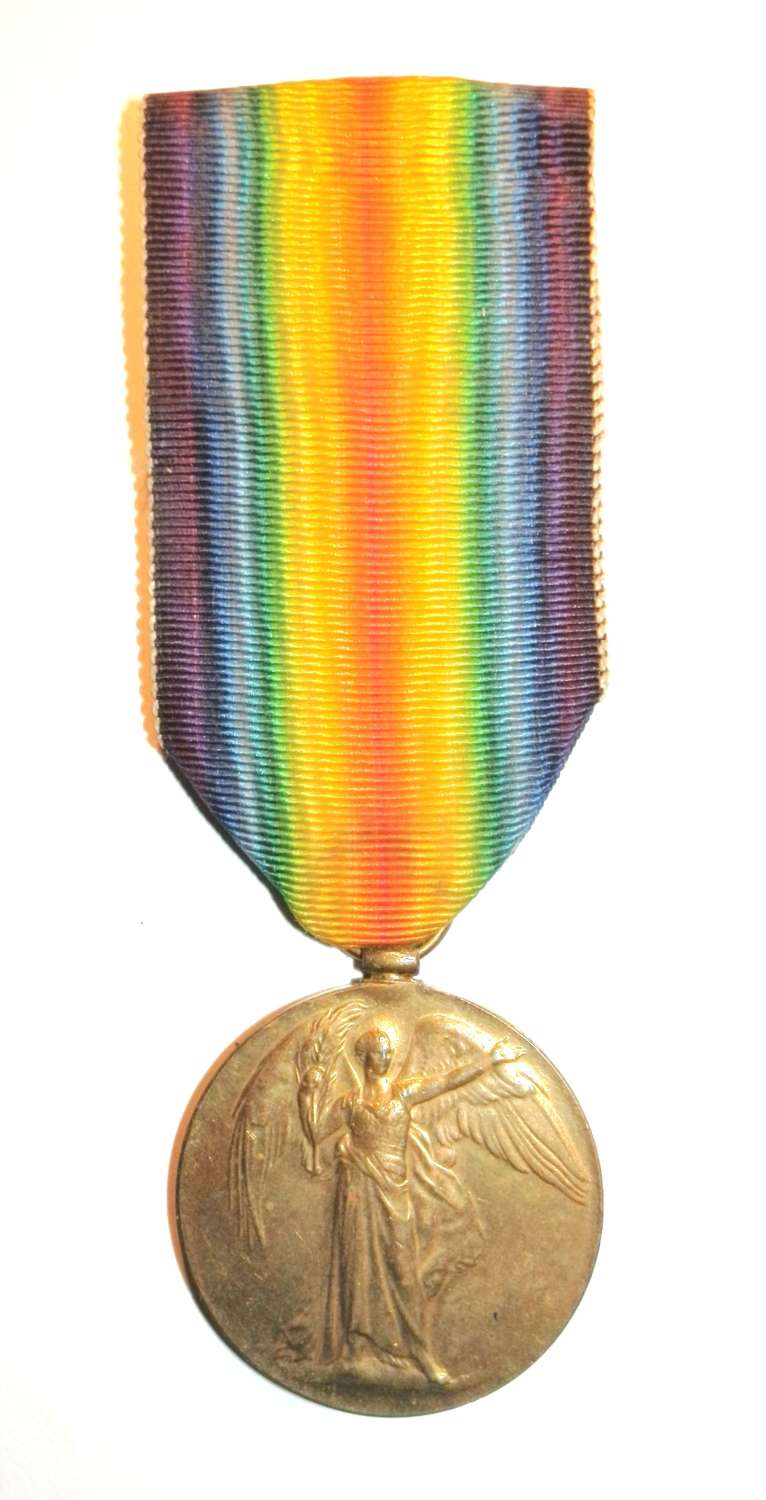 Awarded to Captain Harry Francis Cayley of  Her Majesties Royal Navy. Victory Medal (CAPT. H. F. CAYLEY. R.N.). He was born in 1873. Record shows he joined the Royal Navy, commencing naval training in January 1888. He then was commissioned with rank of Midshipman seeing his first overseas deployment in Canada in 1890. He quickly was promoted to the rank of Lieutenant on the 31st December 1894. Records show he was later placed on the retirement list at his own request on the 31st December 1904. Records later show he went back and assumed his service with His Majesties Royal Navy and he attended a month long gunnery course in May 1911 at HMS Excellent this was followed by a two weeks, minesweeping course at HMS Actoeon. He was quickly promoted to the rank of Commander on the 3rd July 1913. At the outbreak of World War One Cagley was given command of a number of trawlers. On the 24th June 1915 he was appointed further as commander of trawler Tervani, followed by command of the yacht Caycia on the 17th April 1917. Commander Cayley served his entire war in a minesweeping capacity with promotion to Captain on the 11th November 1918. During the later part of World War One Commander Harry Francis Cayley was awarded the Distinguished Service Order (DSO) in recognition for services on Auxiliary Petrol vessels during 1st February to 31st December 1916. He was later mentioned in despatches in recognition of service in Mine-Sweeping Operations between 1st July 1916 to 31st March 1917. Records confirm whilst acting as Captain, Captain Harry Francis Cagley now DSO was further recognised for services for minesweeping operations off the Belgium Coast. This was also to include minefields off the ports of Ostend and Zeebrugger between 18th October and 8th November 1918. Citation noted as ‘For the Gallant manner in which he personally conducted difficult minesweeping operations rendering invaluable advice’. Captain Harry Francis Cayley DSO & Bar later reverted to the Retired List on the 15th July 1919 following a distinguished career in his Majesties Royal Navy. (with copy service history, naval notes, service record, medal roll &London Gazettes for DSO).