Awarded to 26756 Fred Jarvis of the 7th Battalion Suffolk Regiment. Victory Medal (26756 PTE. F: Jarvis. SUFF. R.). Serving in the French Theatre of Operations. Records indicate he died or killed in action at Arras on the 10th April 1917 aged 21 years. Details confirmed on Commonwealth War Graves record and named at the Arras memorial. Paper research notes mention as with CWGC he was from Dutter End, Gamlingay, Sandy in Bedfordshire as was his parents. (with copy MIC, medal rolls, CWGC etc.) 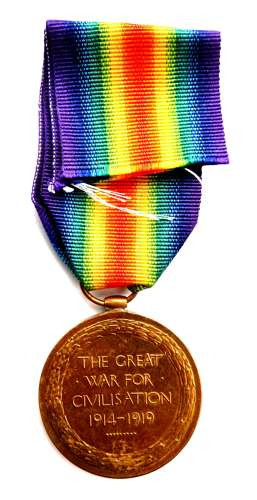