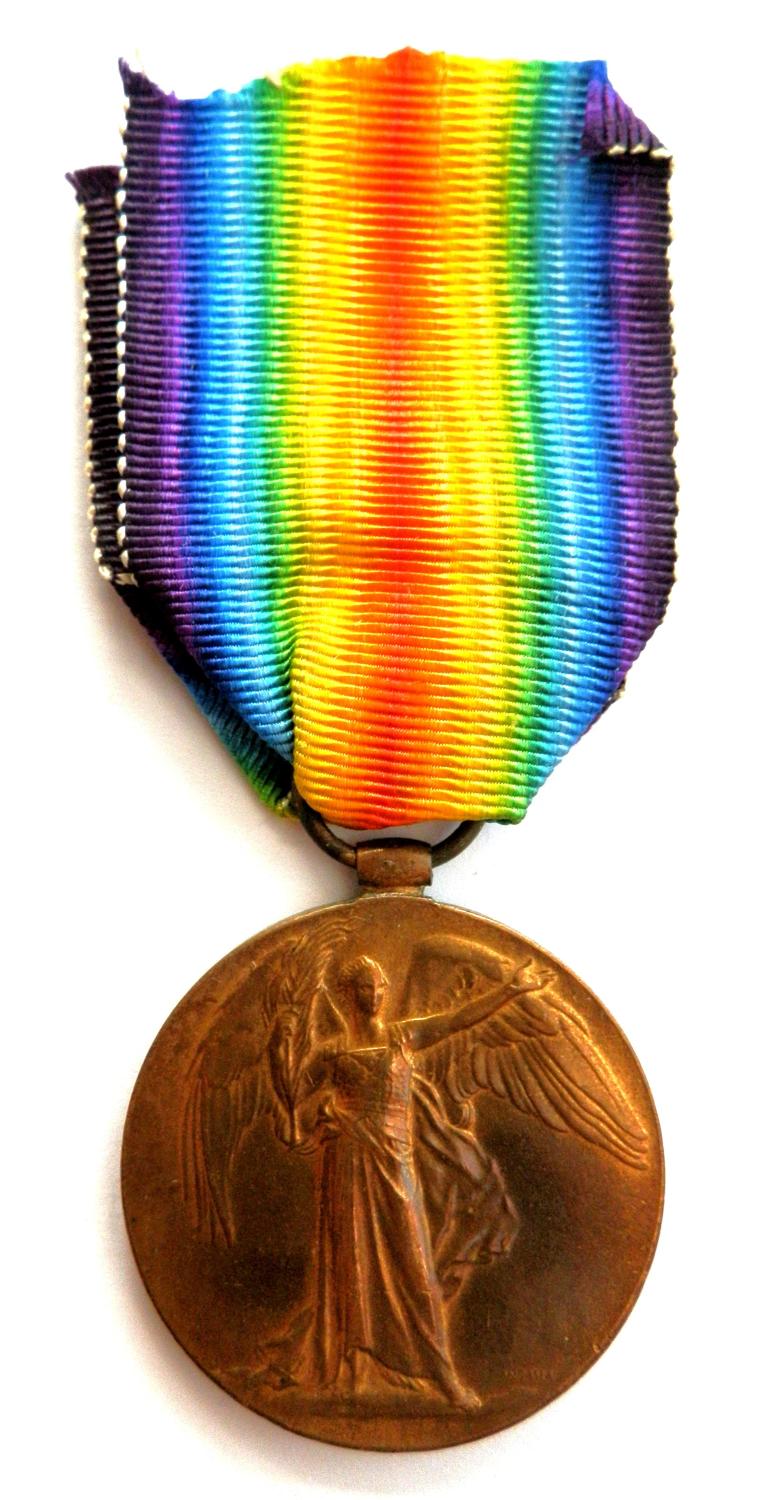 Victory Medal. 23179 Pte E. A. Lees. R. War R. Awarded to Private Ernest Ambrose Lees served with the Royal Warwickshire Regiment. Received Silver war badge confirmed on the SWB medal roll dated 12th February 1919. On the 1911 Census it notes that Ernest Ambrose Lees was born in Burntwood, Litchfield in Staffordshire. His occupation at the time was an assistant master at his local school. (with copy MIC, SWB roll and 1911 Census) 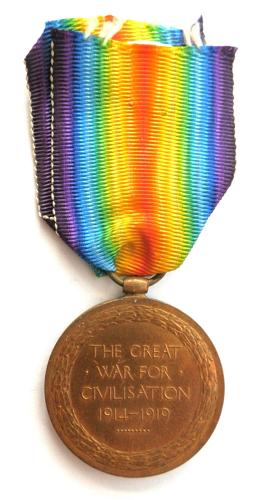