A rather interesting group of medals awarded to Private Alexander Fulton of the Seaforth Highlanders. Queen South Africa, Clasps Cape Colony, Paarderberg, Driefontein, Transvvaal & Wittebergen. (5534 PTE. A. FULTON. 2. SEA: HIGHRS:), Kings South Africa, Clasps South Africa 1901 & South Africa 1902. (5534 PTE. A. FULTON. SEAFORTH HIGHRS.)1914-15 Star (3-7689 PTE A. FULTON SEA: HIGHRS.)British War Medal & Victory Medal (3-7689 PTE. A. FULTON. SEAFORTH) Born in the Parish of Cuthberts near town of Edinburgh in County of Mid Lothian. On the 13th February 1896 he enlisted in Her Majesties Armed Forces. At time of his enlistment his trade was recorded as a waiter at the age of 19 years. After his enlistment based in England he was later shipped out with his Regiment 2nd Battalion Seaforth Highlanders on the 21st October 1899 to serve in the South African Campaign. He served up to 3 years and 118 days during the Boar War Campaign in South Africa, Returning to England 16th February 1903. He was awarded Queen South Africa medal with 5 clasps which include service Cape Colony, Paardeberg, Driefontein, Transvaal and Wittebergen. Followed by the Kings South Africa with 2 clasps South Africa 1901 and South Africa 1902. Both awards are confirmed in medal rolls. After returning from South Africa he was later stationed in Dublin, Ireland from February 1903. After service in Ireland Private Alexander Fulton was placed on the Army Reserve List. At the outbreak of World War One Private A Fulton was stationed in Fort George in September 1914. He was later promoted to Lance Corporal on the 29th October 1914. He was quickly promoted to Corporal on the 21st November 1914. This was followed by further promotion of Staff Sergeant on the 16th March 1915. This was short lived according to records as he was reverted back to Private on the 23rd March 1915, 7 days after being promoted to Staff Sergeant whilst with the 3rd Battalion Seaforth Highlanders. Private A Fulton was shipped out with the 9th Battalion Seaforth Highlanders Regiment on the 10th May 1915 to the French Theatre of Operations. Whilst serving in France he was recorded as being suffering from servere sickness as recorded on the Silver War Badge roll. He was immediately discharged late November 1917, though later records indicate he died of illness on 20th August 1918. The Commonwealth Wargraves Comission recorded Private Alexander Fulton as died aged 42 and was buried at Edinburgh Eastern Cemetery whilst with the 9th Battalion. (with copy Attestation papers, Q.S.A., K.S.A. medal roll, reserve list papers, medical service record, special reservists papers, MIC, Trio medal rolls, SWB roll, C.W.G.C., original photograph of recipient, Regt overview and 2nd Bn Seaforth Regimental History.) 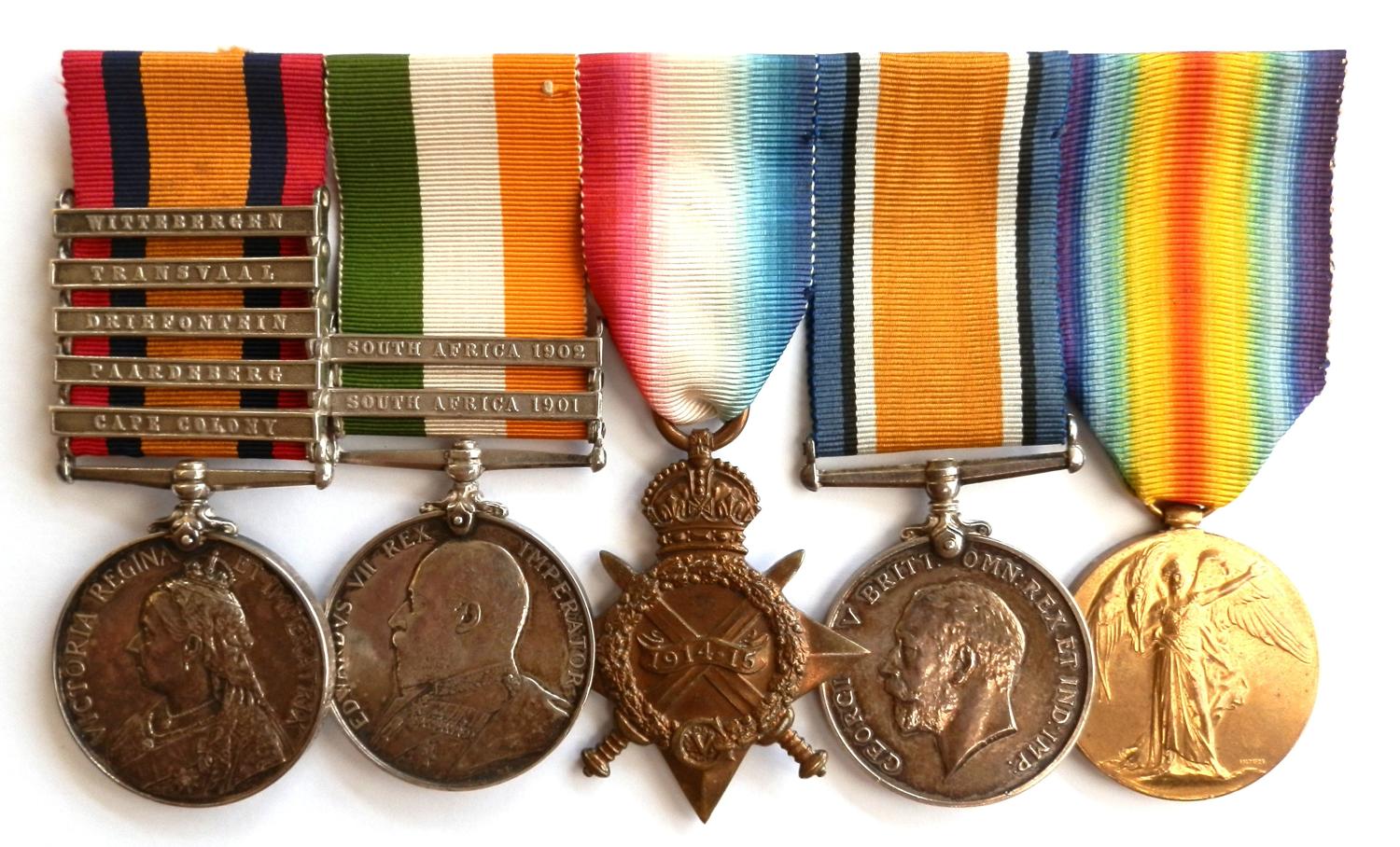 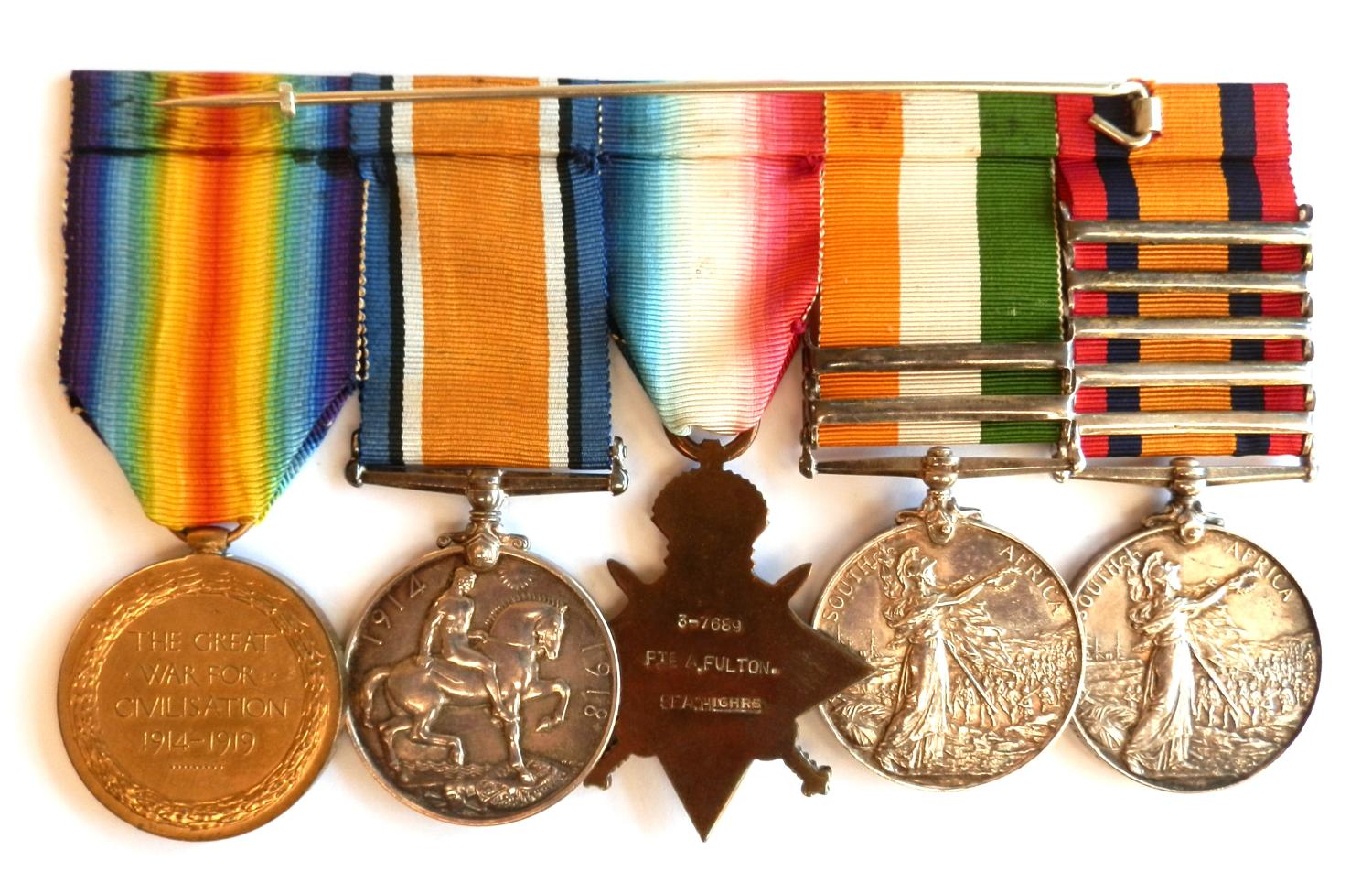