Awarded to B89491 Corporal Alvin Joseph Doyle of the Royal Canadian Army Service Corps. Serving with the 33rd Corps Transport Supply Company.  He awarded the 1939-45 Star, France and Germany Star, Defence Medal 1939-45, Canadian Volunteer Service Medal with Maple Leaf clasp and War medal 1939-45. All medals are confirmed in his service papers. He was born 1st October 1913 in Woodbridge, Ontario, Canada. Papers inform that before the war Cpl Alvin Joseph Doyle worked on a number of odd jobs and in a hotel. This was followed by employment at a wire factory machinist at Andrew Wire Works in Watford, Ontario. He was a keen sportsman enjoying a number of sports, skating, hockey and baseball. He is noted as being married with two children. Service papers reports that Cpl Alvin Joseph Doyle enlisted into the army on the 4thOctober 1940 in Toronto, enlisting into the Royal Canadian Army Service Corps with the rank of Driver.  His early part of his military service was based in Canada between 4th October 1940 to 7th October 1941. Then going overseas and based in the UK between the 8th October 1941 to 6th July 1944. He then saw active service on the 7th July 1944 serving in the North West European Theatre of Operation in France, Belgium, Holland and finally Germany. Records show he was part of the 33rd Corps Transport Supply Company. Whilst he in France he was promoted to Lance Corporal on the 10th January 1945. He was later promoted to Acting Corporal on the 10th July 1945 as part of the occupying allied forces in Germany. On the return to the UK in August 1945 he was promoted to Corporal. On return to Canada he was discharged from service with the R.C.A.S.C. on the12th October 1945. Alvin Joseph Doyle died in 1969 in Watford, Ontario. With copy Canadian Active Service Forces Papers, Soldiers Qualification Card (paper), Service and Casualty Forms, Transfer Paper Record, MFM3 Record, Awards-Canadian Army (Active) Form*confirming all his medal entitlement, Canadian Army (Active) Discharge Certificate, Copy of Department of Veteran Affairs WD.12 and Notification of Death Certificate). 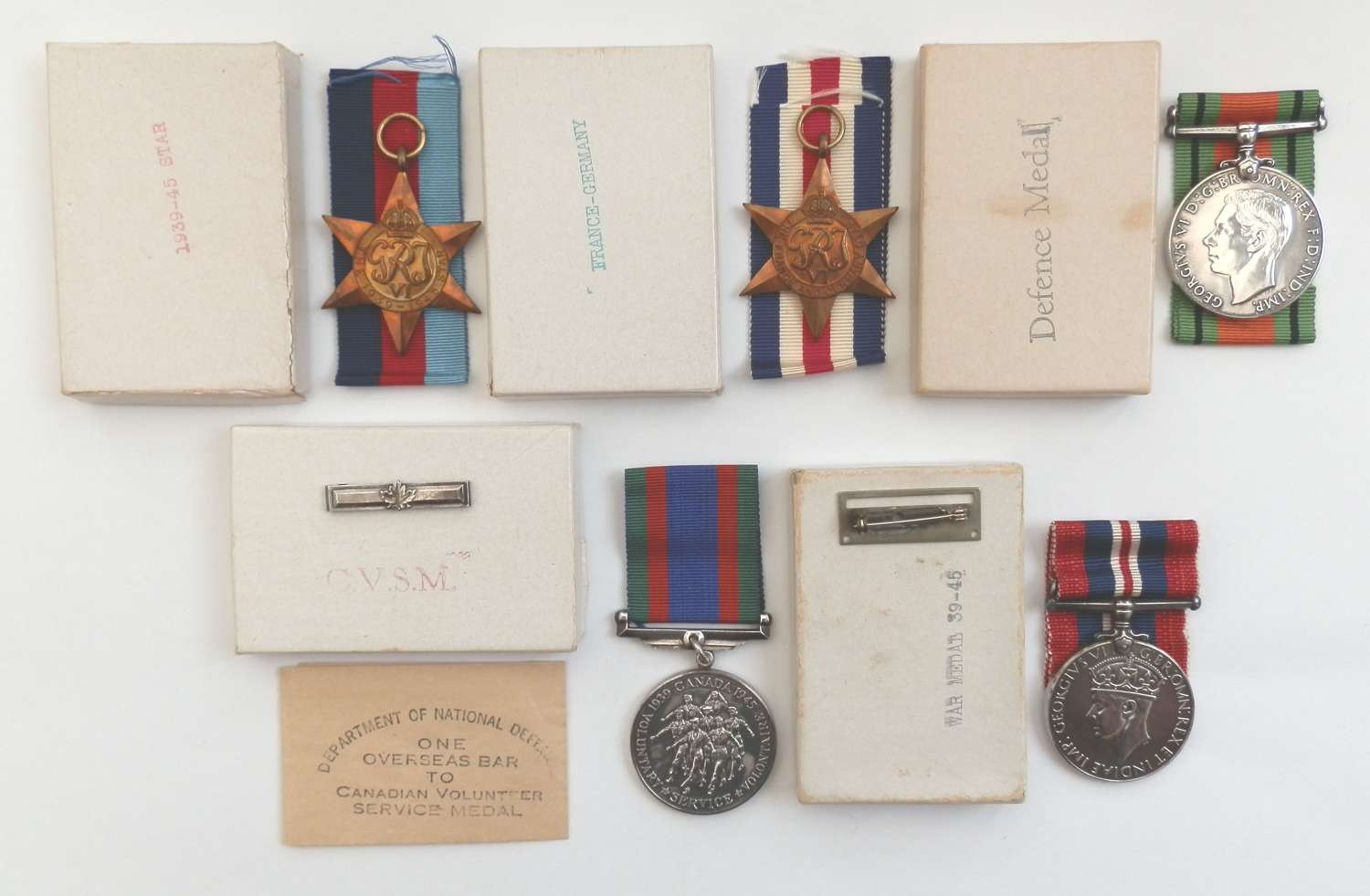 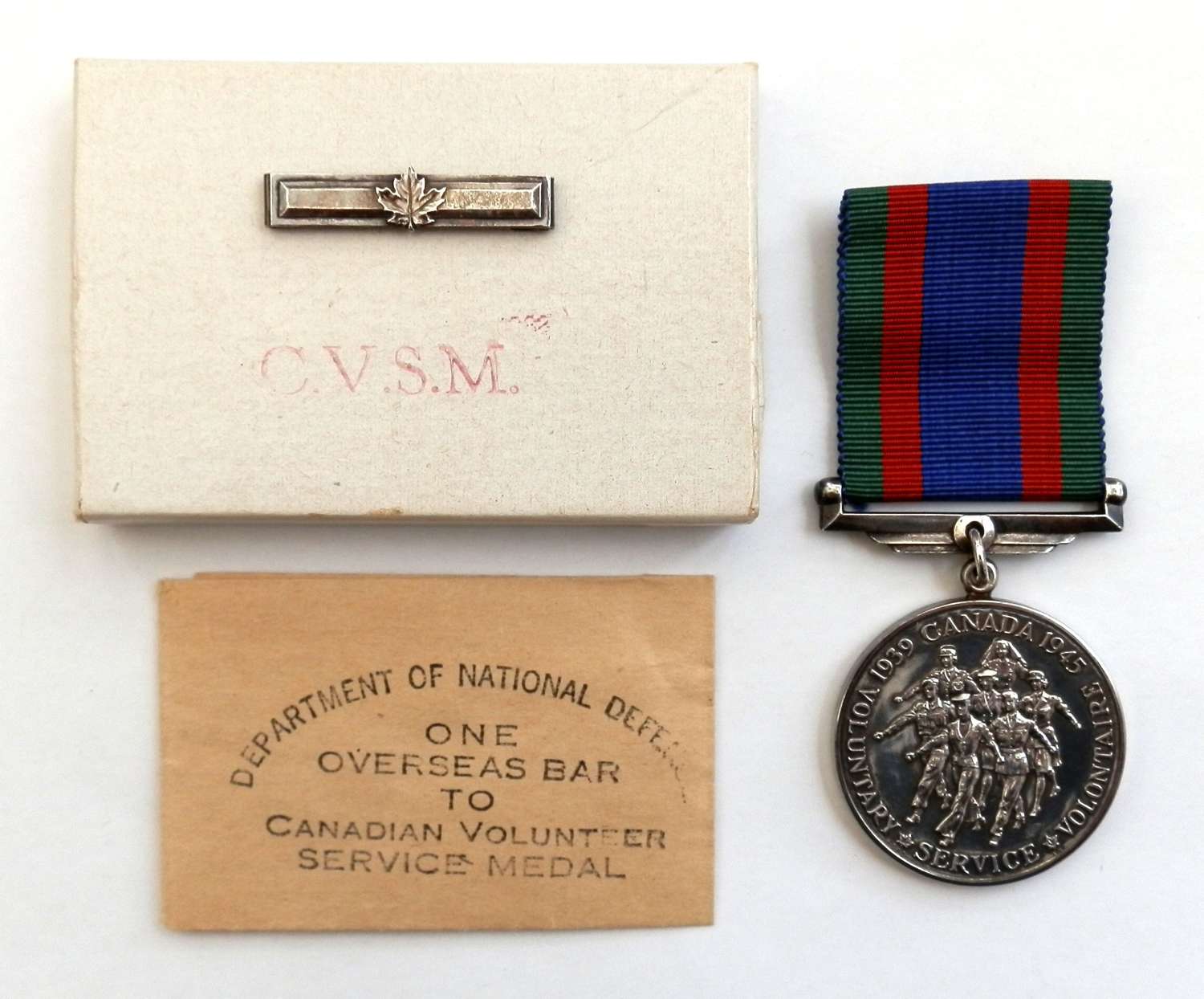 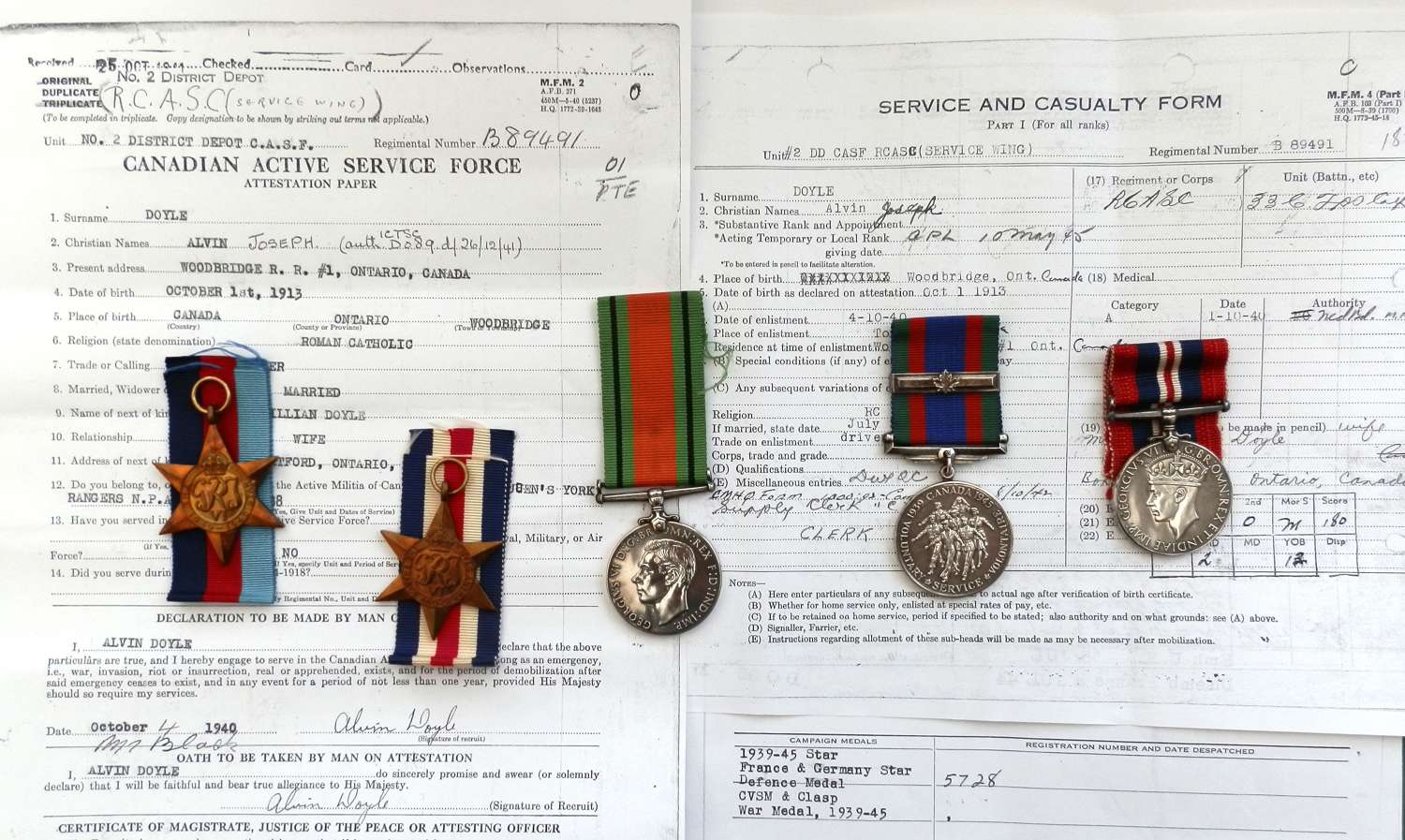 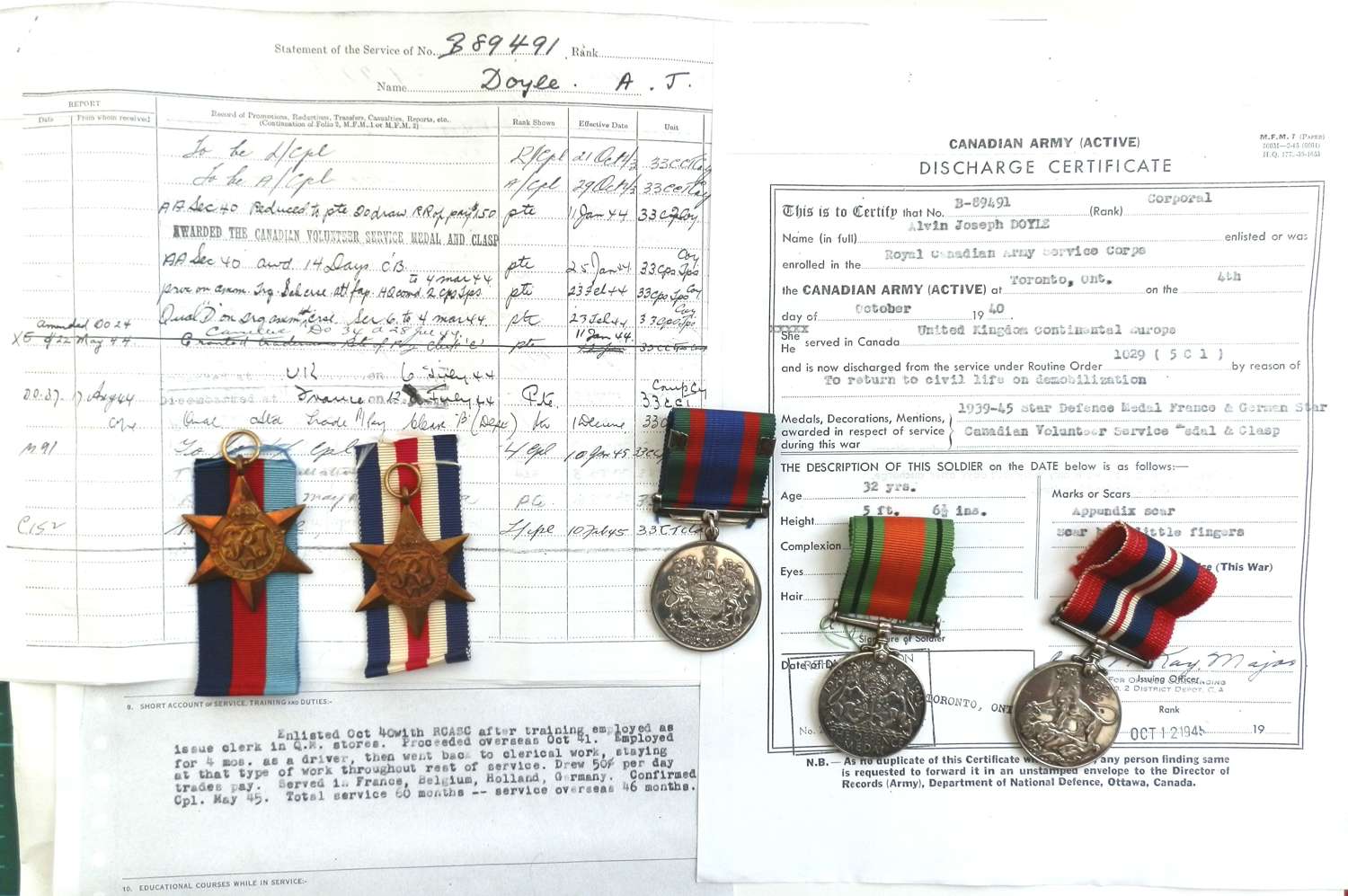