Awarded to 102934 Acting Corporal William James Seymour originally from Southfields, London who served with the 179th Tunnelling Company, Royal Engineers. Victory Medal (102934 A.CPL W.J. SEYMOUR. R.E.). He saw action in France entered Theatre of Operations on the 27th July 1915. He served in the Somme Sector as part of the 179th Tunnelling Company of the Royal Engineers who were involved in the offensive and defensive tunnelling operations. The 179th were involved in construction of saps, deep subways towards enemy positions plus dugouts to accommodate troops in the area. Part of the ongoing hostilities they took part in counter measure building tunnels to incept German offensive and defensive operation in the same way the British were doing. He was later Killed in Action aged 39 years during one such operation on the 19th December 1915. He is mentioned on the Thiepval Memorial. (with copy MIC, medal rolls & CWGC) 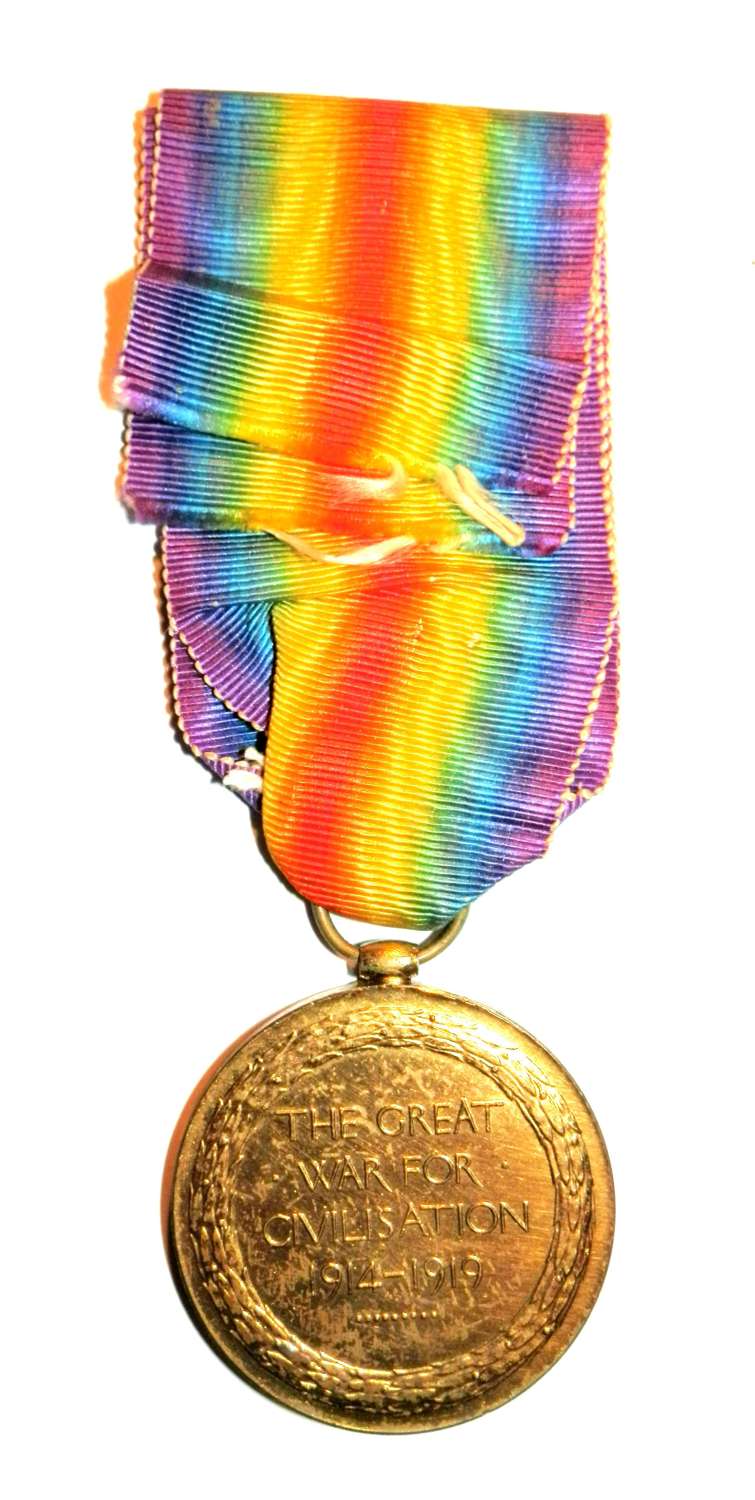